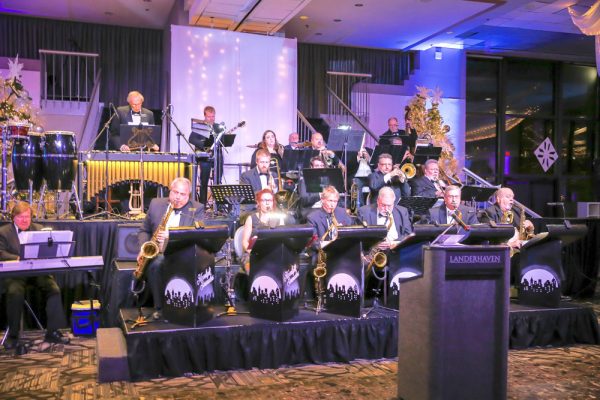 The Moonlight Serenaders will bring their big band sound to the Marblehead Lighthouse’s 200th anniversary summer of celebrations on Saturday, June 18 at 6 p.m.

The Moonlight Serenaders have been performing in front of appreciative audiences for more than 50 years, so it’s a natural its big band sound and longevity should celebrate the 200th anniversary of the Marblehead Lighthouse with a free concert. Music lovers are encouraged to bring a blanket and picnic lunch. There will be food trucks on site.

The Marblehead Lighthouse has been a welcome beam of light for mariners since 1822. The Moonlight Serenaders are considered one of Northeast Ohio’s longest continuously performing bands in the region,. Their concerts and special event performances specialize in the beautiful Big Band music of the 1930’s through early 1950’s and The Moonlight Serenaders have re-introduced the many standards of the Great American Song Book.

Comprised of selected full-time professional musicians and vocalists, the twenty-plus member band brings to life the sound of the original Big Band era. With the rich full sound and tunes of the world’s most popular music, they have performed live in theaters, dance halls, society events and corporate celebrations.

Today, the Moonlight Serenaders provides the musical memories of earlier time to multi-generations while re-introducing a whole new generation to original Big Band music, orchestrations and the highest performance professionalism. Appearances include sold out in-concert performances at Gervasi Winery in Canton to the Lincoln Theater in Massillon. The band provides a perfect mixture of recognizable music composed and recorded by Glenn Miller, George Gershwin, Cole Porter, Harry James, The Dorsey Brothers, Artie Shaw, Bennie Goodman and sing along favorites from Frank Sinatra to Dean Martin.

An assortment of talented professional vocalists bring an exciting stage presence to the band complimenting the style and musical arrangements associated with Big Band music. From sentimental ballads to dancing favorites and lightening-speed movie music features, there is something for everyone.

The band’s second performance this summer at the Marblehead Lighthouse is on Saturday, Aug. 6. It will recognize National Lighthouse Day with a military tribute-themed performance. It’s also a free concert, and features food trucks on site.