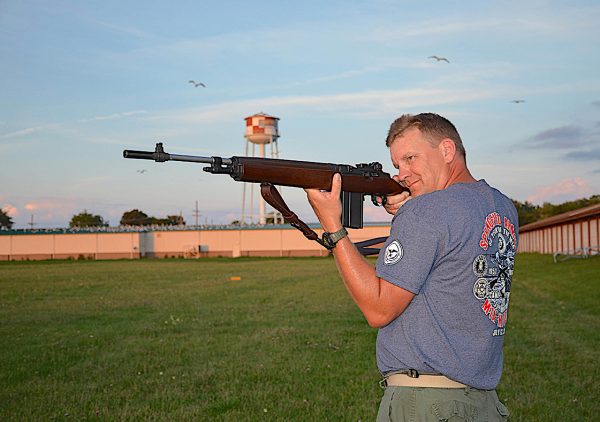 After thoughtful consideration and reflection, the Board of Directors of the Civilian Marksmanship Program announced last week, the cancellation of the 2020 National Matches at Camp Perry.

“This decision was not arrived at lightly, but was prompted by restrictions resulting from the COVID-19 pandemic. These matches date back to 1903 and have been held at Camp Perry since 1906,” said Judith Legerski, CMP Board Chairman.

This year’s National Matches were to begin July 1 with the traditional First Shot Ceremony on the Viale Range at Camp Perry, an Ohio National Guard installation on the shores of Lake Erie, and run through Aug. 8. Thousands of shooters, spectators and volunteers from around the country and the world attend the matches, a tourism boom for all of Ottawa County. Because of the logistics of the large number of people coming from vast distances, there was no push to postpone the matches and hope they could be held later in the year.

“The health and safety of our competitors, participants, vendors, military support, volunteers and staff members is of the upmost importance — overriding even the historical imperative of maintaining the continuity of the Matches,” said Legerski, along with Chief Operating Officer Mark Johnson and Programs Chief Christie Sewell.

“We were unable to come up with a manner in which we could safely produce the Matches. Housing and pit duty were amongst the many insurmountable problems faced by the CMP Board,” Legerski explained.

The CMP looks forward to the 2021 National Matches at Camp Perry as the best marksmanship celebration ever. In the meantime, said local officials, please stay safe and healthy at home, as we prepare for the new normal ahead of us.

All CMP operations have been shut down since mid-March and a full resumption of business remains undetermined. Full refunds will be made to those who have already registered.

The Civilian Marksmanship Program is dedicated to firearm safety and marksmanship training and to the promotion of marksmanship competition for citizens of the United States. For more information about the CMP and its programs, log onto www.TheCMP.org.