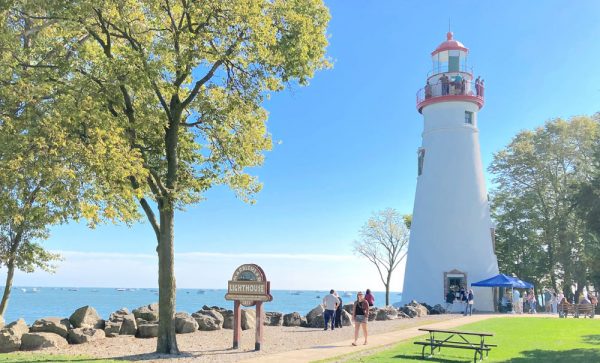 A crowd of dozens of perch fishing boats were anchored just offshore as thousands flocked to the 25th annual Marblehead Lighthouse Festival on Saturday, enjoying a great view of Lake Erie and its world class fishing. For the fishing details, check out this week’s Outdoor Beacon Fishing Report. (Photo by Phil Wheeler)

The peninsula-wide event included a variety of activities held at Lakeside, the Marblehead Lighthouse, the Wolcott House and even Lake Erie, where visitors could see a fleet of fishing boats just offshore trying to catch yellow perch.

From the Marblehead Lighthouse tours to live entertainment, there was something for everyone of any age. 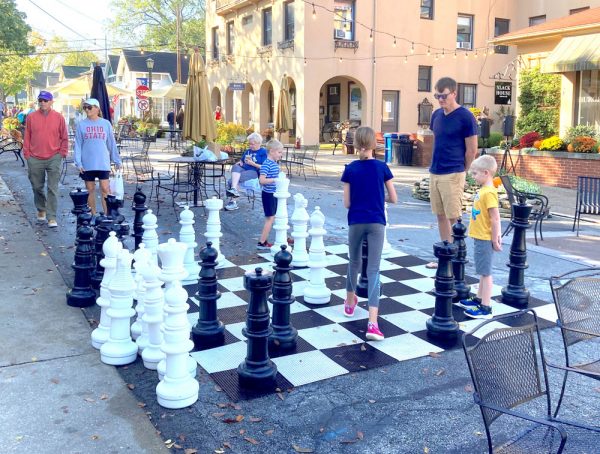 Young chess players enjoyed matching wits while playing a chess game with giant pieces that were almost as large as they were. Pictured are David Elsey and his kids Clara, 9, Gideon, 5, and Tommy, 5.

The Lighthouse was obviously the big draw – after all, it is called the Lighthouse Festival. Hundreds of visitors toured the historic location and many got in line to climb to the top for a bird’s eye view of Lake Erie. It is the second oldest lighthouse on the Great Lakes and the oldest one in continuous operation.

The band exists for the purpose of enriching, edifying and entertaining the modern public with historically authentic music. The band played using the techniques contemporary of the time period of the Civil War. 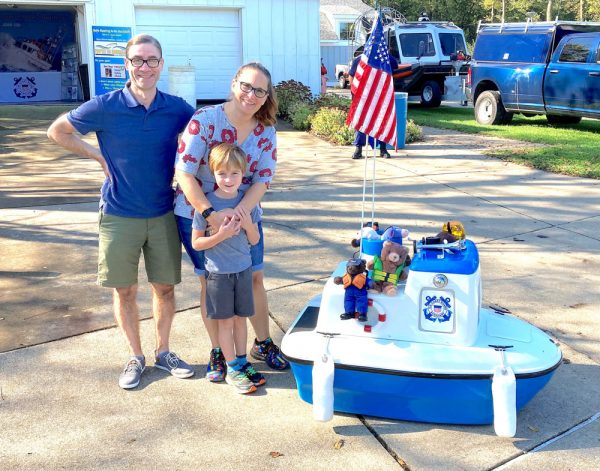 Nolan DeOreo, 7, with his parents Heather Lanfranch and Steve DeOreo, play with the latest addition to the Marblehead Coast Guard fleet, the U.S.S. Minnow.

The music was presented using instruments typical of the times, including the drums and military regimental brass bands of that era. Just about all trumpets, flugel horns and cornets of the Civil War period are rotary valve instruments, which in a very basic sense involved strings to actuate the valves and the valves appear a lot like what you see on French horns today.

The 73rd O.V.I Regiment Band is based in Waverly, Ohio, with its members drawn from throughout the Buckeye State.

At Lakeside, the grounds were covered with vendor tents, tables and visitors strolling along in the beautiful weather. There were arts and crafts vendors, a farmer’s market, historic walking tours, children’s crafts, hayrides, free miniature golf and shuffleboard, a family movie, with shopping and dining opportunities galore.

It was a perfect combination of weather and social events, with everyone enjoying an outdoor excursion without having to think about the harsh reality of cold times ahead.