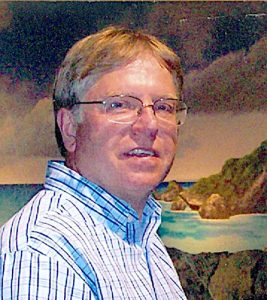 Jerry Wayne Howell, 69, of Gypsum passed away on Tuesday, May 21, at Stein Hospice Care Center in Sandusky. He was born on Aug. 7, 1949 in Port Clinton, the son of the late Herman “Jake” and Florence (Truex) Howell. On May 10, 1974 he married Judy Gonzales and she survives.
Jerry was a veteran of the United States Army. He worked for USCO and the Port Clinton City Schools, retiring in 2013. He enjoyed duck hunting, woodworking, and was a Jack of all Trades. He was also a punter at Winous Point Shooting Club. Most importantly, he enjoyed spending time with his family, especially his grandchildren.

Friends may call 2-4 p.m. and 6-8 p.m., Friday, May 24 at the Gerner-Wolf-Walker Funeral Home, 216 Washington St, Port Clinton. Funeral services will be conducted by Fr. John Missler at 9:30 a.m., Saturday May 25 in the funeral home. Burial will follow in Christy Chapel Cemetery, Port Clinton.