Rock the Light perfect way to wrap up the summer 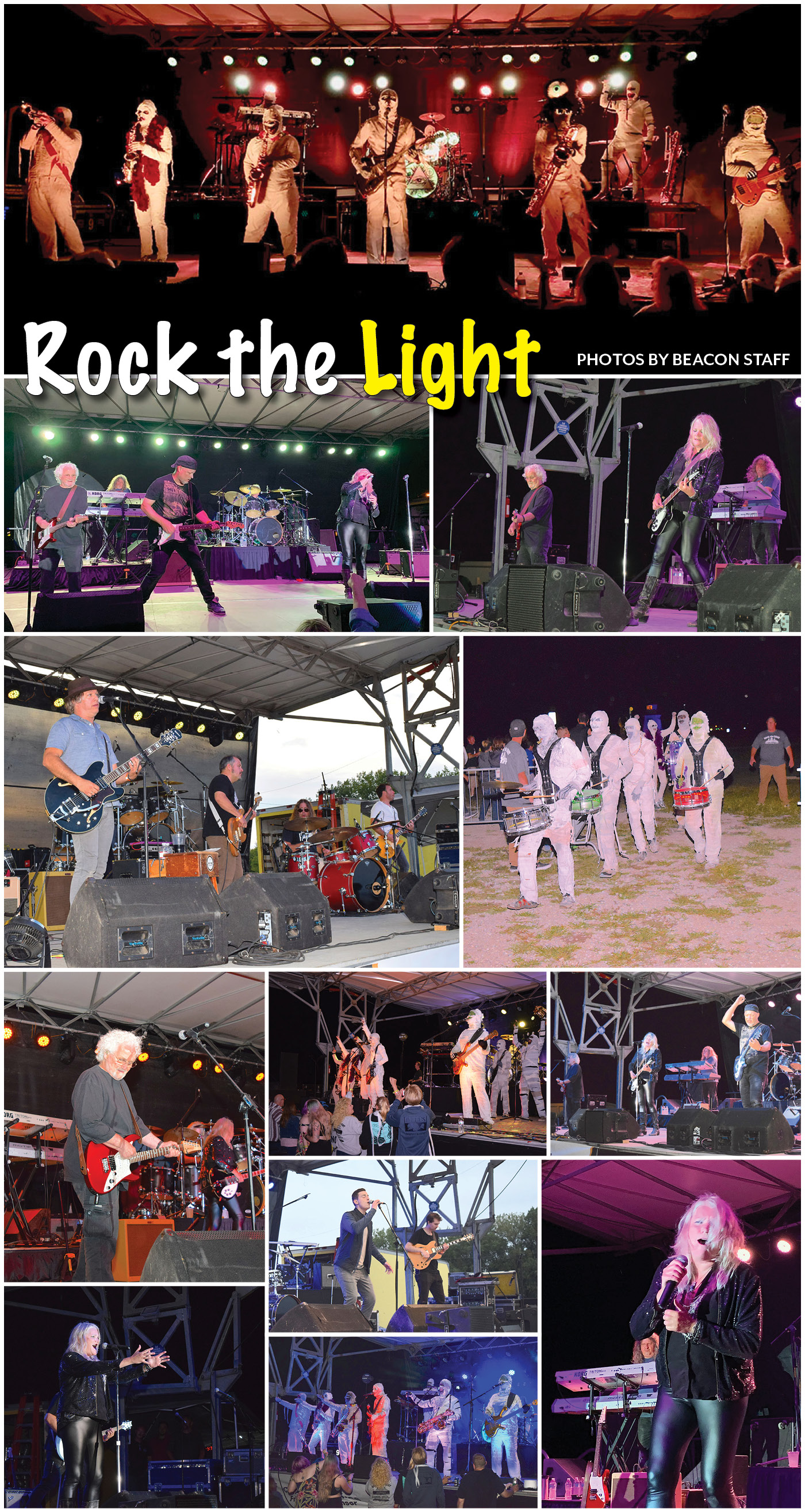 The Port Clinton area solidified its reputation as a Mecca for great music on Friday and Saturday night, as the Rock the Light Music Festival got a pat on the back from Mother Nature and visitors experienced Vacationland on the Lake Erie shoreline at its best.

Last year, a spate of rain and big winds had trimmed the crowds at the inaugural Rock the Light Music Festival. This time around, mild winds and warm temperatures encouraged last-minute ticket sales on both nights.

Here Come the Mummies, with a mysterious cadre of nine mummies on the Waterworks Park stage, and a variety of new material, were the headliner on Friday. They stuck to their crowd-pleasing entrance, marching through the crowd to get on the colorful stage while beating LED-lit drums.

Appealing to a younger audience, the Mummies dazzled with funk-rock sounds and sights that included blasts of confetti over the crowd to a pulsing light show, flying sparks, vaulting Mummies and Freak Flags.

Chris Jamison, best know for a high finish in The Voice competition on TV, opened for The Mummies on the big stage and was surprising smooth. Jamison featured his new song, Puzzle Pieces, a soulful R & B/pop tune.

Jefferson Starship has been around for a long, long time, and they certainly didn’t disappoint their older fans, especially the Grace Slick tunes belted out by Cathy Richardson. The 50-year-old is a youngster compared to the indefatigable 81-year-old founding member on stage, David Frieberg. With amazing range, and a background that included replacing the late Janis Joplin for a stint with Big Brother and the Holding Co., Richardson took control of the show, to her fans’ delight.

One of Cleveland’s most popular bar bands, the Jack Fords, opened for Jefferson Starship on Saturday night and had fans jumping to their hard-rocking ballads.

Bands from around the Port Clinton area that were featured early on Friday and Saturday showed how talented the local scene is throughout the summer. Miss Kitty and the Litter, Master TC & The Visitors, The Eric Sowers Band and Athens Wheeler were outstanding.