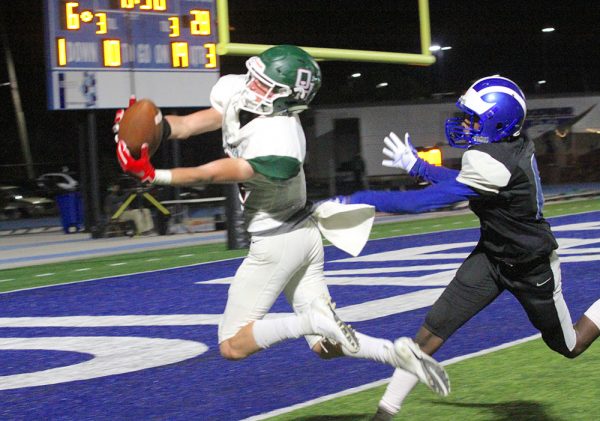 TOLEDO — Despite being outgained in total yards by a mark of 336-250, Oak Harbor made its share of big plays, held Woodward in check and won the turnover battle, 3-0, defeating the Polar Bears, 43-12.

The Rocket defense gave up just two touchdowns, the first coming early in the third quarter with Oak Harbor leading, 28-0, and the last one coming midway through the fourth.

The Rockets (4-0) scored less than three minutes into the game when Jac Alexander pitched it to Buddy Nuhfer, who ran in a touchdown from 14 yards out. The first of five PATs from Caleb Heintz made it, 7-0, and Oak Harbor never looked back.

Alexander scored on a 1-yard run with 1:40 remaining in the quarter to push the advantage to 14-0, a 10-yard interception by Collin Fauver was returned for a touchdown and the Rockets went into the half with a 21-0 lead.