Edison rushing attack too much for Port Clinton to overcome 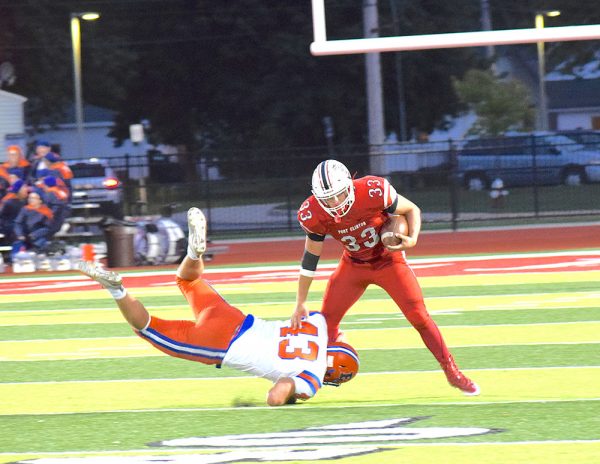 PORT CLINTON — For years, Edison’s bread and butter has been the triple option.

Port Clinton found out just how difficult it is to contain such a complex offense with a great running back like Jacob Brewer, and lost, 28-14.

Connor Gillum caught a 32-yard touchdown pass from Colton Klima, and Hunter Mominee connected on the extra point to cut the deficit to 13-7. Klima then hooked up with Zach Weldon from eight yards out, and Mominee second PAT gave Port Clinton a 14-13 lead.

It took the Chargers a while to answer, but they did, taking the lead for good on a 1-yard run by Brewer with 9:57 left in the fourth quarter, and Jacob Stoll caught a pass from Simon for the two-point conversion. Edison put the game away on a 2-yard touchdown run by Brewer with 1:28 to play.

“We just weren’t able to stop them. You have to be more physical and more disciplined when you play Edison. We turned it over two times, they didn’t turn it over. I think they only punted twice. Some of that was self inflicted. It was a difficult game to watch, it was a difficult game to coach,” said Port Clinton coach Beau Carmon. “Edison is improved from last year, (and) we didn’t have the horses up front to stop them.

“We were never really in control of the game. They ran 20 more plays than we did. Their fullback ran well, and they threw six passes, and one was for a touchdown. We had our chances offensively — we were up 14-13 and had a chance to make it a two-score game, but we didn’t.

The Chargers carried the ball 56 times for 257 yards, and that statistic says it all. Edison also had 23 first downs to Port Clinton’s 14.

“I told them, we played a team that was more physical and disciplined than us. They were stronger. You saw a team that does things extremely well,” said Carmon. “They’re tough kids, they were tougher than we were, and they were better than us. It’s unfortunate (to) lose a game, but it will make us better in the long run.”

Cooper Stine finished with 17 carries for 82 yards and Klima completed 17-of-25 passes for 160 yards and a touchdown and an interception.

This Friday, Port Clinton travels to Vermilion to face the Sailors, who are 0-6. Vermilion is coming off a 42-0 loss to Oak Harbor.

“They’re better disciplined, more physical. You have to score more than 14 points (to win). We need to get the ball in the end zone more. I think Vermilion, as young as they are, they’re improved,” said Carmon. “I think you have to look at the teams they’ve played. They’re similar to us — they played a very, very tough schedule. They play extremely hard, and they’re eager to get better and eager to get their first win.” 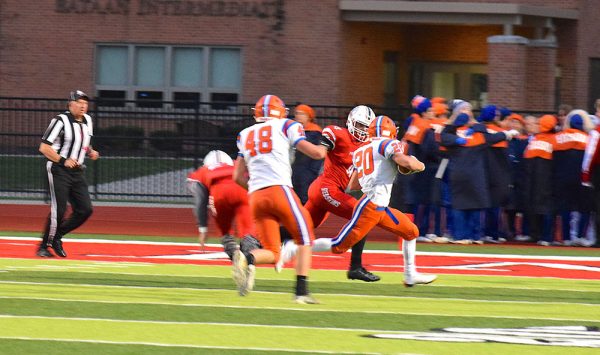 The Chargers’ Garrett Scott runs for a first quarter touchdown.