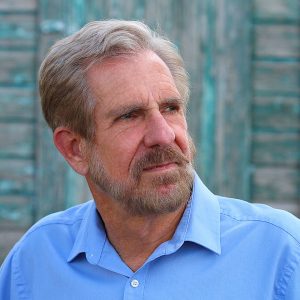 Over the years, a lot of birding books have crossed my desk. Most were colorful, educational and instructional. A dedicated birder would certainly enjoy them, especially the photographs of rare species or the suggestions for birding equipment.

Many of us are birders by default. We’ve been blessed with the opportunities to travel to wild, wonderful locations around the continent. Places where exotic birds are plentiful and flocks of blue-winged teal will number in the hundreds or snow geese in the thousands.

Kenn Kaufman, creator of the Kaufman Field Guides, has been to so many of those places around the world. Identifying their sounds or coloring, Kaufman can pinpoint a bird species from a mile away.

What Kaufman brings to birding, though, is a lifetime of birding experiences, and the magical stories that go with them. “A Season in the Wind: Inside the World of Spring Migration,” is a collection of tales that will entertain and delight dedicated birders, as well as back yard bird watchers. It is sure to make birding adventures far more enjoyable.

Kaufman defines the annual migrations of songbirds and waterfowl, explains how and why they happen and why they can be so unpredictable. He has an obvious love of our feathered friends, and is not shy about showing it.

Birders with the status of Kaufman “have our own geography,” he writes, “a map of the world illuminated by the peaks and valleys of birding potential.” It is a reason Kaufman, a native of Indiana, roamed North American before settling in Arizona, an environment where the birds were unlike those anywhere else.

For Kaufman, that changed on a birding adventure to northwest Ohio, where he met his wife, Kimberly, a researcher banding migratory songbirds for the Black Swamp Bird Observatory. Dazzled by the remnants of the Great Black Swamp that once protected the massive marsh from settlers and farming, and the continual migrations of songbirds and waterfowl that still exist today, they now live in Oak Harbor, Ohio, and promote birding experiences.

Both are well-known in birding circles around the globe. Kimberly became the executive director of the Black Swamp Bird observatory, and developed “The Biggest Week in American Birding,” the wildly successful May event in Northwest Ohio. It is now one of the largest birding festivals on the planet with more than 100,000 birders attending — though it was knocked off its pins in 2020-21 by the coronavirus pandemic and social distancing mandates. 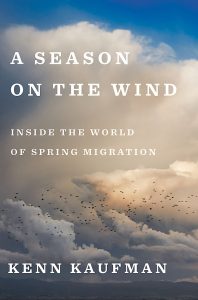 The Kaufmans have enjoyed tremendous success with the birding guides — and his novel “A Season on the Wind” — but not because of the novel’s photographs of birds. That is left to the field guides, which are bibles for birders around the world.

In fact, “A Season on the Wind” has only eight pages of photographs, displaying from bald eagles to a gaggle of warblers, as well as birders crowding the Magee Marsh Wildlife Area Boardwalk.

The real focus of his book are the stories, and there are stories galore.

Magee Marsh and the Lake Erie marshes and wetlands are scintillating, writes Kaufman, who can only imagine the clouds of waterfowl when the Black Swamp was in it glory eons ago. And he is bold enough to face criticism from some birders when he points out that farmers and merchants and developers almost wrecked this land — and duck hunters helped to save it. Hunters and their organizations protected the wetlands and marshes, points out Kaufman, who has been known to enjoy a sunrise in a marsh blind.

Wind turbines are another matter, and Kaufman devotes a chapter to explanations of why we should worry about this proliferation of green power. Another chapter describes the horrors of pesticides, which Rachel Carson was criticized mightily for condemning in her book, “Silent Spring,” published in 1962.

First and foremost, though, “A Season on the Wind” is a book on birding that is interesting, topical and a wide-ranging treatise on migration. Kaufman’s birding adventures have taken him around the globe, only to discover the wonders of Northwest Ohio as a premier birding destination after an in-depth investigation.

For many, “A Season on the Wind” will be an eye-opening adventure and an introduction to a wealth of birding experiences. Including some that are surprisingly close to home.