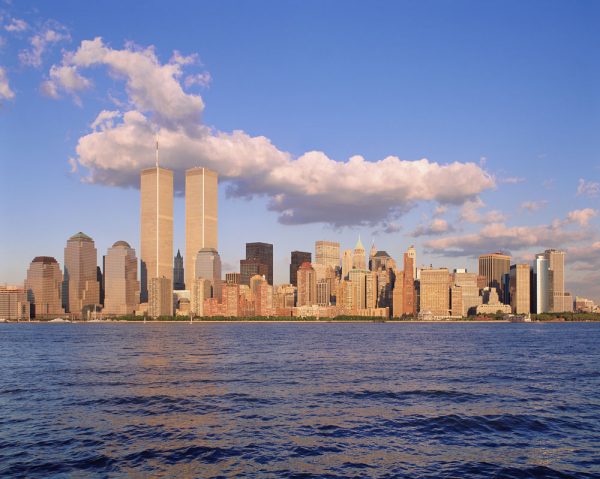 On the morning of September 11, 2001, 19 terrorists hijacked four commercial airplanes bound for California. The planes departed from airports in Boston; Newark, NJ; and Washington, D.C. September 11 would become an infamous date in American and world history, and the events of that day would forever change the world. As the world commemorates the 20th anniversary of 9/11, the following timeline, courtesy of the National September 11 Memorial & Museum, can help people fully understand how events unfolded on that late-summer morning two decades ago.

6:00 a.m: Two of the hijacked planes, American Airlines Flight 11 and United Airlines Flight 175, will eventually crash into the North and South Towers of the World Trade Center complex in New York City. The day was a significant one on the New York City political calendar, as polling stations opened at 6 a.m. for primary elections.

7:59 a.m.: American Airlines Flight 11 takes off from Boston with 11 crew members, 76 passengers and five hijackers on board. The plane, which will eventually crash into the North tower at the World Trade Center, is filled with more than 76,000 pounds of fuel.

8:15 a.m.: United Airlines Flight 175 takes off from Boston with nine crew members, 51 passengers, and five hijackers on board. This flight also is loaded with 76,000 pounds of fuel.

8:19 a.m.: American Airlines ground personnel are alerted by flight attendant Betty Ann Ong that Flight 11 is being hijacked. This call lasts roughly 25 minutes and Ong reports that the cockpit is unreachable. In the moments before Ong’s call, one of the hijackers stabbed Daniel M. Lewin, who was sitting in front of him in first class. Lewin is likely the first person killed in the 9/11 attacks.

8:21 a.m.: The transponder on Flight 11 is turned off. This device is meant to allow air traffic controllers to identify and monitor the flight path of a plane.

8:24 a.m.: One of the hijackers of Flight 11 unwittingly broadcasts a message to air traffic controllers alerting them to the attacks. The hijacker was attempting to communicate with passengers and crew within the cabin.

8:30 a.m.: Around this time, roughly 80 people have already begun gathering on the 106th floor of the North Tower of the World Trade Center for a financial technology conference. The conference is one of many events on the Trade Center schedule that day.

8:37 a.m.: The Boston Air Traffic Control Center alerts the military that a hijacking is under way.

8:42 a.m.: United Airlines Flight 93 takes off from Newark International Airport. The flight was due to take off at roughly the same time as the other hijacked planes, but was delayed due to routine traffic. Seven crew members, 33 passengers and four hijackers are on board. The flight is filled with 48,700 pounds of fuel.

8:46 a.m.: Five hijackers crash Flight 11 into floors 93 through 99 of the North Tower of the World Trade Center. Hundreds, including everyone on board the flight, are killed instantly. The crash severs all three emergency stairwells, trapping hundreds of people above the 91st floor.

8:46 a.m.: Police, paramedics and firefighters are sent to the North Tower.

8:50 a.m.: While visiting an elementary school in Florida, U.S. President George W. Bush is notified that a small plane has hit the North Tower.

8:52 a.m.: A flight attendant aboard Flight 175 reaches a United Airlines operator in San Francisco and reports the flight is being hijacked. By 9 a.m., various passengers on Flight 175 have called family members.

8:55 a.m.: The Port Authority informs people inside the South Tower via a public address system that the building is secure and there is no need to evacuate.

8:59 a.m.: The Port Authority Police Department orders both towers evacuated. One minute later Captain Anthony Whitaker expands the order to include all civilians in the entire World Trade Center complex.

9:02 a.m.: An evacuation order is broadcast in the South Tower.

9:03 a.m.: Five hijackers crash Flight 175 into floors 77 through 85 of the South Tower. All onboard the flight are killed, as are an unknown number of people inside the building. Two of the three emergency stairwells are impassable and most elevator cables are severed, trapping many people above the impact zone and inside elevator cars.

9:03 a.m.: A second call for mobilization brings the total number of New York City Police Department officers responding to the scene to roughly 2,000. In addition, the FDNY issues a fifth alarm and deploys several hundred additional firefighters to the scene.

9:05 a.m.: President Bush is informed that a second plane has crashed into the World Trade Center.

9:12 a.m.: Flight attendant Renée A. May calls her mother and tells her that hijackers have seized control of Flight 77. When May’s call is disconnected, she calls American Airlines.

9:30 a.m.: Amidst reports of additional hijacked planes, the Mayor’s Office of Emergency Management at 7 World Trade Center is evacuated.

9:37 a.m.: Hijackers crash Flight 77 into the Pentagon. All 53 passengers and six crew members perish, and 125 military and civilian personnel on the ground are killed in the fire caused by the crash.

9:45 a.m.: Evacuations at the White House and the U.S. Capitol begin. Both the House of Representatives and Senate are in session at the time the evacuation begins.

9:58 a.m.: Flight 93 is flying so low to the ground that passenger Edward P. Felt is able to reach an emergency 911 operator in Westmoreland County, Pennsylvania.

9:59 a.m.: Continuity-of-government procedures are implemented for the first known time in American history.

10:03 a.m.: Four hijackers crash Flight 93 into a field near the town of Shanksville, Pennsylvania. All 33 passengers and seven crew members on board perish. Passengers and crew had stormed the cockpit, and the plane ultimately crashes just 20 minutes’ flying time from Washington, D.C.

10:28 a.m.: The North Tower collapses after burning for 102 minutes. More than 1,600 people are killed as a result of the attack on the North Tower.

12:16 p.m.: The last flight still in the air above the continental United States lands. Within two and a half hours, U.S. airspace has been cleared of roughly 4,500 commercial and general aviation planes.