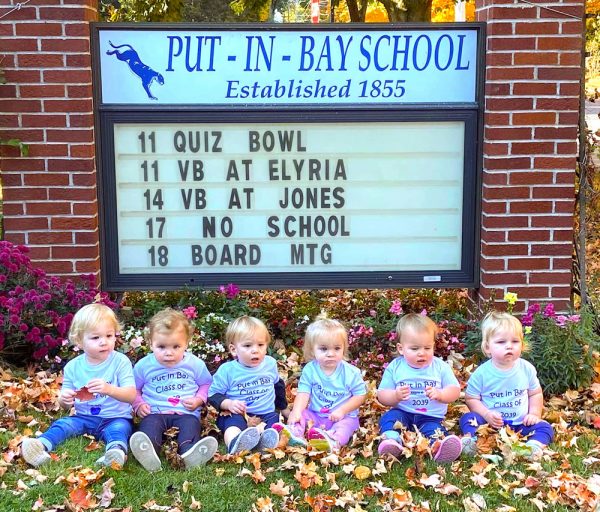 What ranges from 1 to 10, and is definitely the pride of Put-in-Bay?

It’s the size of each year’s kindergarten class and the Class of 2039 made its debut this fall with a total of six boys and girls.

Aren’t they cute? Everyone on South Bass Island agrees.

The Put-in-Bay School on Catawba Avenue is home to 76 students for the 2022-2023 school year with 20 staff members. Three students from Middle Bass Island commute daily via boat or airplane to Put-in-Bay for classes. The Senior Class consists of six students scheduled to graduate in 2023.