Algal blooms this year didn’t measure up to forecast 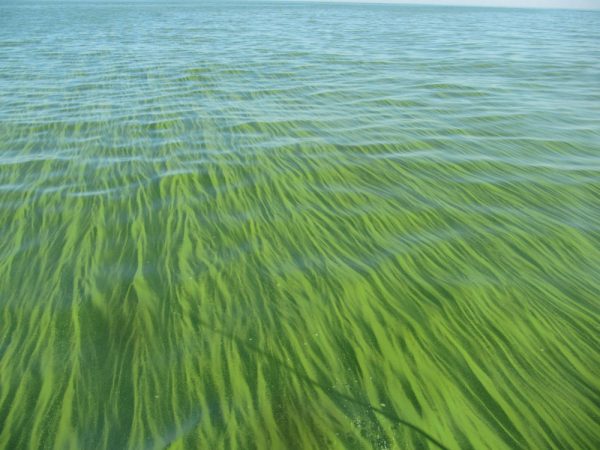 A combination of moderate spring rains and cooler than normal Lake Erie temperatures in May and early June helped protect Lake Erie from developing the massive noxious green slime experienced in 2019. In a seasonal assessment last week by NOAA and the National Center for Water Quality Research, this year’s harmful algal bloom (HAB) was rated a 3 on a scale of 10.

In 2011 and 2015, northwest Ohio was plagued by torrential spring rains and rampant flooding that poured phosphorous pollution from livestock operations and farm fields into the Maumee River Watershed and Western Lake Erie. The blooms were assessed in those years at 10, or above, and impacted boating and fishing, as well as beaches along the Western Lake Erie shoreline.

This year’s HAB started developing in late July, and reached its peak during the last week of August. The HAB weakened rapidly, though, during the first week of September when buffeted for several days by strong winds, including 40 mile per hour winds on Sept. 7.

Ohio has also introduced its H2Ohio plan, compensating farmers with $172 million for subscribing to a 10-step phosphorus reduction program. The program includes crop rotation, which helps to slow down phosphorus-laden waters from running from farm fields, minimizing the impact of manure and fertilizer that contain phosphorus. About 2,000 farmers applied for the program, covering about 1.1 million acres.