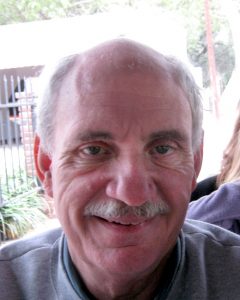 Allyn Riznikove, age 72, a kind, patient, and generous man was welcomed into God’s loving arms on February 4, after a 10 year battle with Alzheimer’s Disease. As a young teenager, Allyn developed two passions, music and photography, which continued to be part of his life for at least 55 years. He played trumpet, french horn and mellophone and after receiving a degree in music education, taught middle school music for several years.

Throughout his life he used his skills and passion for music and photography to bring musical joy into the world, archive moments of history, connect families, and create lifelong friendships. His innate abilities in technology benefited him through the technological and photographic evolutions.

Though he lived his life in Ohio, due to his profession he traveled much of America with his wife, Carol. His kindness and patience put at ease and made friends with almost everyone he met and worked with.

He was involved in Kiwanis, many parts of his church including directing the choir, guided 4H youth at the Ottawa County Fair with Press Corp duties, and helped students of all ages by working in Port Clinton High School’s Performing Ats Center.

He will reunite with family in Heaven including his parents and son, Sean, but will be missed on earth by his wife, Carol and daughters, Lisa, Megan Joy, and Amanda, their spouses, his four grandchildren, Devin, Emily, Marley, and Luke as well as his sister Shirley and family.

Visitation will be held at the Gerner-Wolf-Walker Funeral Home, 216 Washington Street, Port Clinton on Saturday, Feb. 22, from 2 p.m. until Memorial services at 4 p.m.

Memorials may be made to Alzheimers Association, Riverview Healthcare Lighthouse Unit, Ohio Living Vineyard on Catawba, or to the Ohio University Music Alumni.

Online condolences may be expressed at www.walkerfuneralhomes.com .