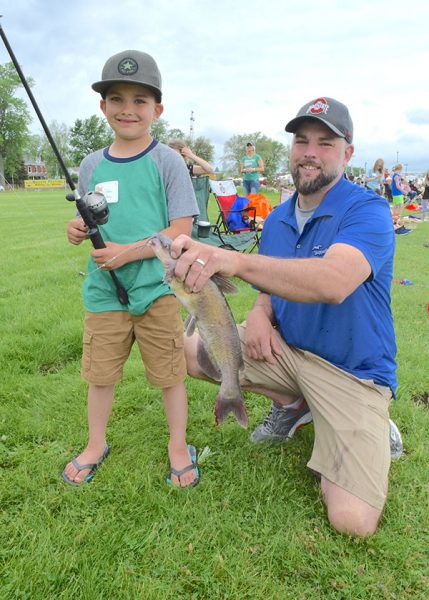 Cohen Armstrong, 7, of Port Clinton was pretty pleased after catching this 20-inch channel catfish on Sunday in the Kid’s Fishing Derby at Derby Pond in Waterworks Park. Helping to handle his trophy catch was Mike Armstrong, one of the many volunteers from SkipperBuds Marina del Isle on Marblehead, which sponsored the youth fishing tournament for 16 years as a feature of the annual Walleye Festival. (Photo by D’Arcy Egan) 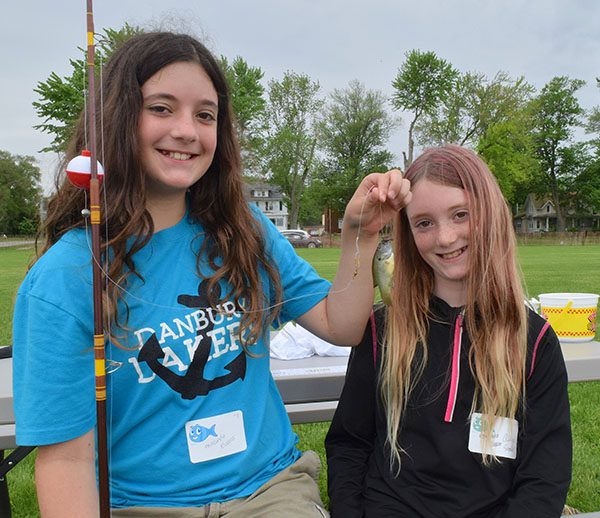 There were prizes for the biggest fish caught during the Kid’s Fishing Derby at Derby Pond during Sunday’s Walleye Festival in Waterworks Park, but angling for the Small Fish Prize was Miranda Evans, 10, who was fishing for big catfish with her sister, Alexa, 9, and father Eric Evans. (Photo by D’Arcy Egan) 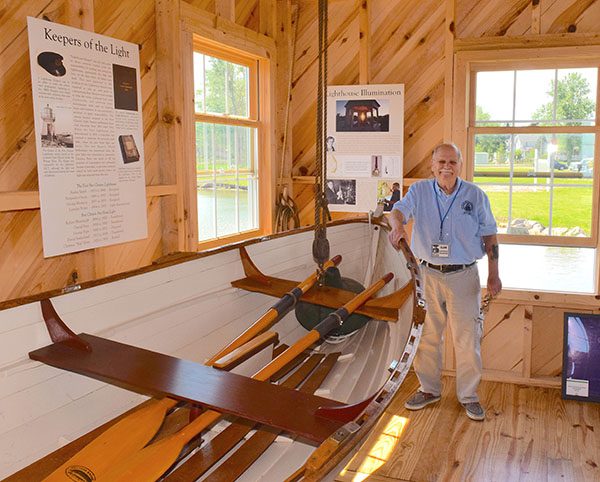 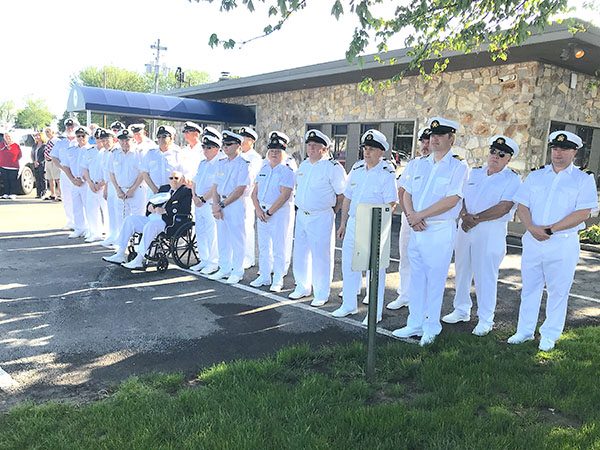 The officers of the Port Clinton Yacht Club in Port Clinton stood at attention while wearing their dress whites on Monday to honor all of the members of the military who have served in the Navy, Marines and Coast Guard. (Photo by John Schaffner)