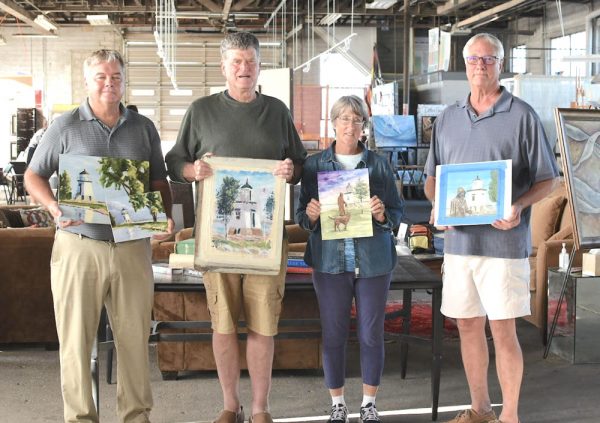 Artists worked along the Lake Erie shoreline, painting the wooden pier light which was meticulously restored by the Port Clinton Lighthouse Conservancy and placed at Waterworks Park in August 2016.

En plein air, or plein air painting, is the act of painting outdoors. This method contrasts with studio painting or academic rules that might create a predetermined look. The practice goes back for centuries but was truly made into an art form by the French Impressionists.

Next year’s festival will be held Saturday, Aug. 19, at Waterworks Park in Port Clinton.