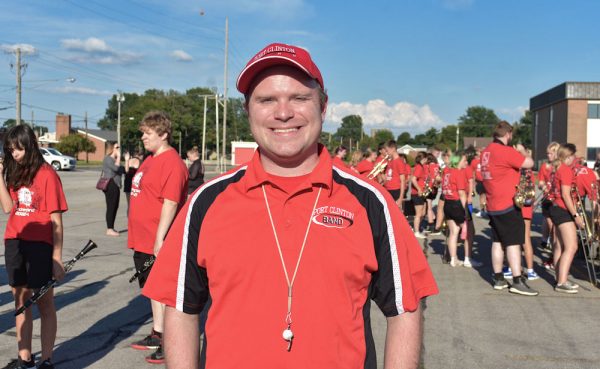 This summer, Miller became Director of Bands and Professor of Music Education at Heidelberg University in Tiffin, a position formerly filled by famed band director Jon Waters. Now Miller and DeLong are both taking over music programs which were nurtured by a man with a passion for music and teaching.

“I’m doing the same thing Sean is doing. I’m coming in and becoming a steward of something someone else did for a long time,” Miller said. Miller will continue to live in Port Clinton and commute to Tiffin, and he is looking forward to watching the Port Clinton band continue to blossom under DeLong’s care.

“I wish Sean the very best of luck. I spent 16 years there, and I live in the community. I want Sean to be successful like Jon (Waters) wants me to be successful,” Miller said.

Miller will approach the Heidelberg band with the same ideology he always had, that he is a mentor, not a manager. 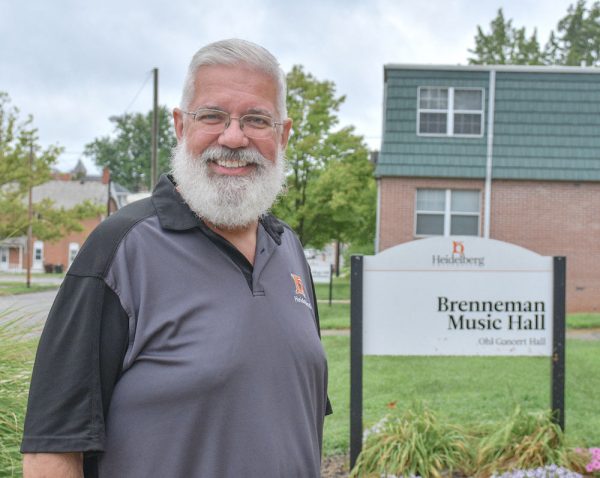 “This is not my band. This is the students’ band. I’ve told my students that for 34 years. I’m here to be a steward and provide some direction,” Miller said.

DeLong comes to Port Clinton from Ontario Local Schools where he served as the district’s primary band director. He is a graduate of The Ohio State University and was a member of OSU’s famed marching band.

DeLong will bring a new band event to Port Clinton High School when he hosts the Port Clinton Marching Band Showcase in the Performing Arts Center on Thursday, Nov. 3. The event will allow the band to perform all of its music from the football season in an indoor venue so friends and family who couldn’t attend football games can still hear the band play.

“It will showcase all the hard work they did this season,” DeLong said.

DeLong has added a jazz band class to the high school curriculum, and he will bring the school’s concert band to the Ohio Music Education Association’s annual spring competition in Oak Harbor.

“It’s something the students want to do, and it gives us a performance opportunity in a different setting,” DeLong said.