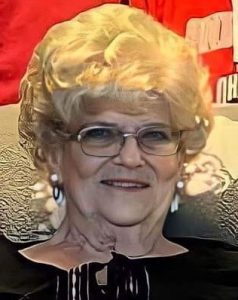 Barbara E. Bouska, 83, of Marblehead, passed away Monday, Dec. 12, at her home. She was born Nov. 19, 1939, in Cleveland, the daughter of Herman and Alice (Kruse) Herbst. She married Daniel S. Bouska on Feb. 2, 1957, and he preceded her in death on May 25, 2021. Barbara was an active member of First United Church of Christ, Marblehead. She was an accomplished artist and she created the local character, Wylie Walleye. She previously worked at American Greetings, she was a Candy Striper at Medina Hospital, a girl scout leader, member of Cleveland Yacht Club and she and Daniel were active in the Power Squadron.

There will be no service. A Celebration of Barbara’s Life will be held at a later date. Memorial contributions may be made to Stein Hospice, 1200 Sycamore Line, Sandusky, OH 44870. Online condolences may be shared with the family at www.neideckercrosserpriesman.com. Neidecker, Crosser & Priesman Funeral Home & Cremation Service is handling the arrangements.