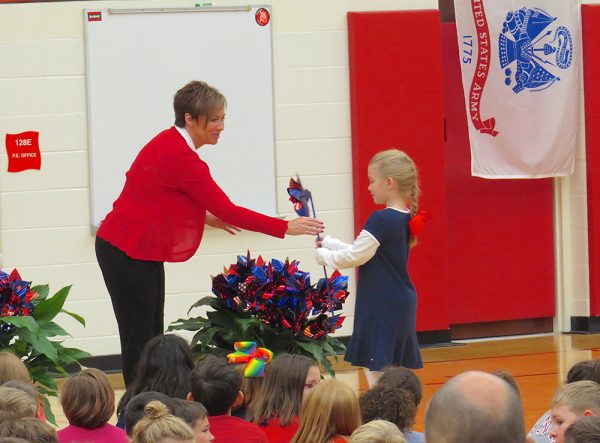 Bataan Day was held last week at Bataan Memorial Elementary School to remember and honor the brave Port Clinton men of Tank Company C, with most losing their lives during World War II while fighting the Japanese on the Bataan Peninsula, during the forced Bataan Death March and as prisoners of war. Each year staff and students at Bataan Memorial Elementary invite the community to this special ceremony. Bataan Memorial Primary Principal Kendra Van Doren accepted a pinwheel from student Kambree Aiken during the ceremony. The pinwheels represent the 32 soldiers as their names are read.