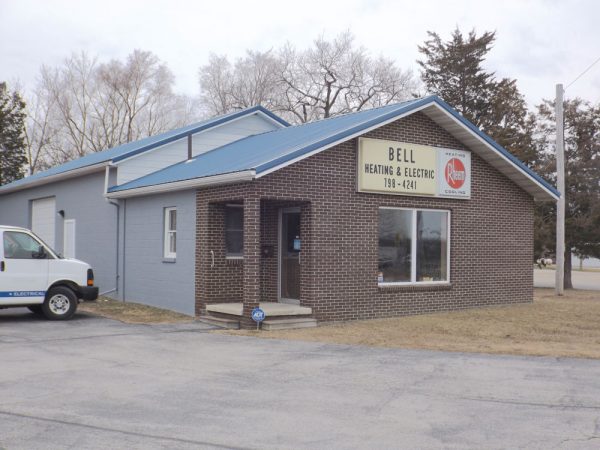 Bell Heating & Electric on Marblehead has been a mainstay for area homeowners, especially when they have winter heating problems to be solved. (Photo by Phil Wheeler)

Richard Bell, known to everyone around Ottawa County as “Dick the Furnace Guy,” had a goal in life more than 60 years ago as he grew up watching everyone around him work coal mines in the Keystone State.

Born in the little coal mining town of Elco, Pa., population 310, located 33 miles south of Pittsburgh, he has a vivid memory of growing up.

“My whole family were coal miners. My father, my brothers and uncles.” he said. “I didn’t want that.”

His first job was with a heating business called Hawk Heating in nearby Bucyrus, Ohio, before joining the Army reserves and serving on active duty for six months.

“After I got out, I got a job with Lincoln Electric for two and a half years,” said Bell. “My wife is from Marblehead, and we got engaged at Christmas time. My father-in-law had a marina called ‘Canvasback,’ he said. ‘You don’t want to live in Cleveland, you could stay here. You could go duck hunting with us.’”

“I eventually bought John Giesman’s place, who had an electrical shop. The old building, I worked out of there for about five years. Then, I built this building in 1971, and the rest is history.”

Bell does heating, air conditioning, and is an electrical contractor who enjoyed a quiet life with his wife in Marblehead. His son, Rich, now works for him, and will eventually take over when he retires. “Someday I’ll retire, but you never know what is down the road,” he said. “But I don’t see myself sitting at home in a rocking chair. I got a business and I keep it going.” 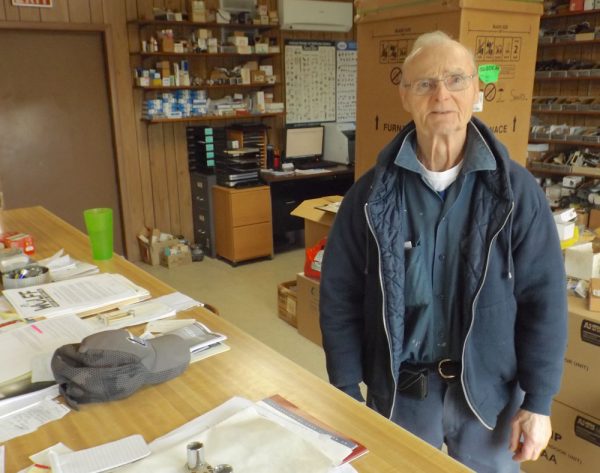 Owner Richard “Dick” Bell has been at the helm of Bell Heating & Electric for more than 50 years. (Photo by Phil Wheeler)

Bell expanded his business with the purchase of Starcher Enterprise’s HVAC and electric service department in Marblehead at the beginning of 2020, bringing an office and service person over to join his staff.

“Up until then, I had my son, and another gentleman who has been with me for about 25 or 30 years,” said Bell, “That was it, and we have been busy since the day I started the business.”

What keeps him going is simple.

“I want to be here and take care of the business,” said Bell.

It is easy to sum up Bell as a man who is dedicated and caring. “Years ago, when I only had one employee, I used to go out on calls almost every evening, especially in the winter time. I care about people. I take care of people,” said Bell.

If you call for after-hours assistance, the odds are good it will be Dick Bell who will answer, no matter the time of night.