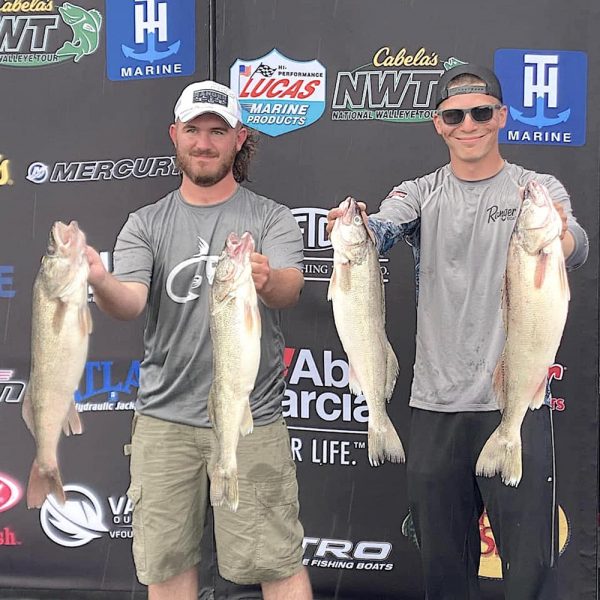 Ohio walleye tournament pros Tyler Berthold, right, of Columbia Station and Devon Phillips, of Crestline, scored big in the National Walleye Tour Pro-Am on Lake Erie, on June 24-25. Fishing as a pro-am team, Berthold made a big comeback to finish second in the Pro Division, while Phillips captured the Amateur Division in the $303,971 event.

The pair scored big in the 114-team tournament, catching a shared total of a limit of five walleye weighing 32.48 pounds on the second day.

That hefty catch gave Phillips the Amateur Division crown with a two-day total of 61.49 pounds. Berthold’s two-day weight was 54.88 pounds, finishing second in the Pro Division behind Bill Sutton of Salem, Wisc.