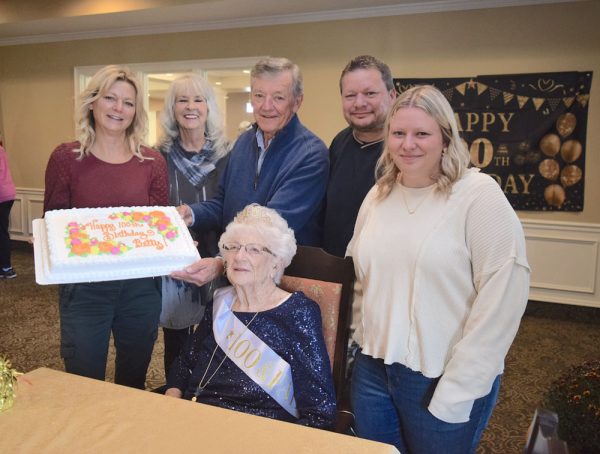 A resident of the senior living facility, Betty’s special home on the Lake Erie shoreline in recent years, Betty also had fond memories of a lifetime of summer adventures on the Marblehead Peninsula and warm winters in Naples, Fla.

Dazzling everyone with a tiara nestled in her beautiful coiffure and a long blue dress, Betty was the Belle of the Ball on this afternoon at Otterbein.

“Betty and my Dad, Paul, thoroughly enjoyed their summers on the Marblehead Peninsula, and their winter adventures in a beautiful campground in Naples, Fla.,” said her son, Thomas Hilty.

“They had a designer trailer at Land Yacht Harbor, in Naples, Fla. It had a large front window, so Betty could easily enjoy visiting with neighbors, and help her to stay in touch with everyone.” 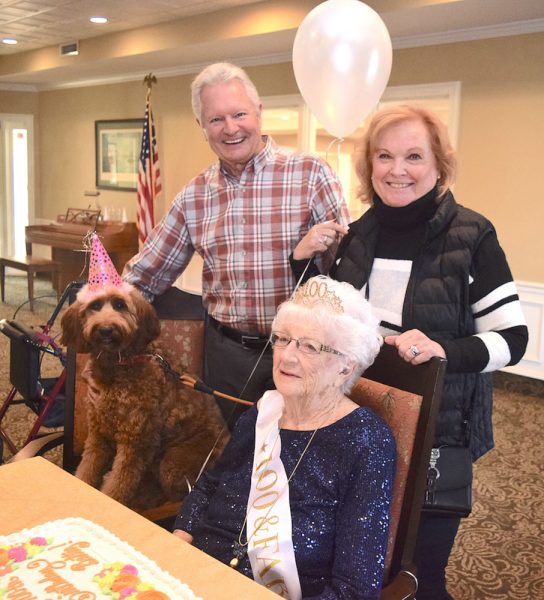 Betty was a member of the Red Hat Society, and loved going square dancing, as well.

Born on October 15, 1922 in Findlay, Ohio, she later spent her years on the road, traveling from the balmy Florida winters to enjoy the magnificent summers on the Marblehead Peninsula. Betty moved to Otterbein in 2014, and her second husband, Forest “Midge” Hornbeck, died in early 2017.

She enjoyed making new friends at Otterbein, a well as the lunches and dinners provided by the chefs at Otterbein. A very sweet and friendly resident, Betty easily made friends and was visited often by her children who lived around Northern Ohio.

“Mom was going to turn 101 years old next year, and I told her she was going to have to start all over!” said Tom Hilty, with a laugh.