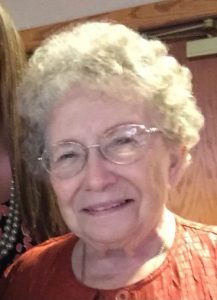 Before Betty’s graduation with the Class of 1944 from Port Clinton HS she worked at Rainbow Inn. Following she worked at Erie Proving Grounds. She would later enter the Ohio Cadet Teacher program eventually earning her Bachelor of Science in Education degree from Bowling Green State University. While working on her degree she first taught at Erie Elementary, Lacarne, the same school she attended for her first eleven years of education then at Portage Elementary until her retirement. Betty was truly an accomplished, loving, devoted, and determined woman who made every second of her life matter. She was also active in the PTA. Outside of her career, Betty was involved with many other community activities. She was a Girl Scout and Brownie leader, a member of the Erie Township Mothers Club, and an active member of the Ladies Auxiliary of Erie Township Fire Department. She went beyond her civil duties as a poll worker during elections, always happy to volunteer and help others. She had a strong Catholic faith as a member of the Parish and was part of the funeral choir at Immaculate Conception. She was also sociable, keeping many of her Lacarne friends including playing with their couples pinochle card club for over 50 years.

Betty – and all her loved ones – were immensely proud of all she accomplished. She maintained her cardiac rehabilitation therapy for 10 years making many friends. She cared highly about good food and nutrition. She always would make sure a birthday card was given to each child, grandchild, and great-grandchild. Betty was truly one of a kind, a soul full of compassion, energy, and love. She will be dearly missed by all who were blessed to know her.

and her dear nieces and nephews. She is preceded in death by her parents, husband, George; infant sister, Annabelle; brother and sister-in-law James and Peggy Patz; sister,Virginia Mortus; son-in-law, Larry Laird; nephew and godson Dennis Patz.