‘Biggest Week’ a most wonderful time; Dianne Rozak shares her love of wild places and birding 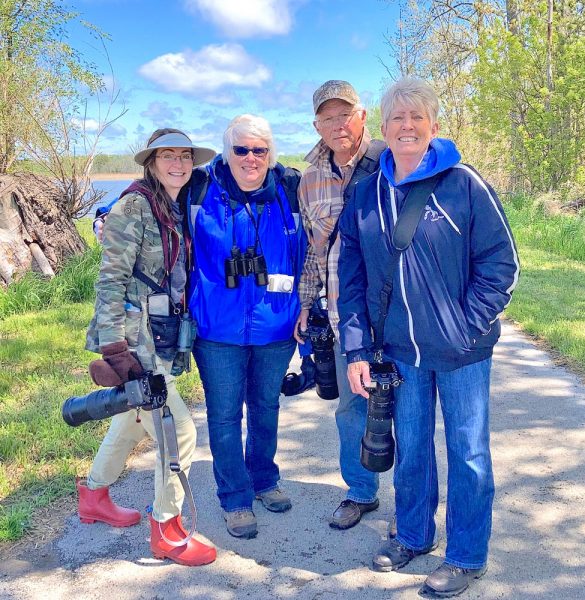 The camaraderie of birding is legendary, sharing great locations, help spotting birds or just sharing a love of birding while on long walks through beautiful wild places. From left to right are Coeli Ingold, Pat Burseil, Brad Dolch and Dianne Rozak.

Editor’s Note: Having admired the most glorious photos of colorful and unusual birds visiting the Lake Erie region of Northwest Ohio taken by Dianne Rozak of Marblehead, I asked if she would explain this infatuation and her amazing success —and more of her incredible photos. She agreed, outlining why the Biggest Week in American Birding has brought fame and glory to our Northwest Ohio haven for bird watching, as well. Editor D’Arcy Patrick Egan

STORY AND PHOTOS BY DIANNE ROZAK

On a sunny day in May five years ago my friend, Brad Dolch, and I made a decision that would have a lasting impact. We grabbed our cameras and headed to the Magee Marsh Boardwalk in western Ottawa County to see what all the fuss was about the challenge of birding.

The Biggest Week in American Birding was underway. We knew we were on to something special when it was difficult to find a parking spot in the massive lot at the public wildlife area along the Lake Erie shoreline. I recall looking up shortly after our arrival and seeing a bird I did not recognize.

Cameras were clicking behind me as someone whispered, “Yellow-Billed Cuckoo.” I got off a few shots before I asked Dolph a purposeful question: “What the heck was a Cuckoo bird doing in Ottawa County?” 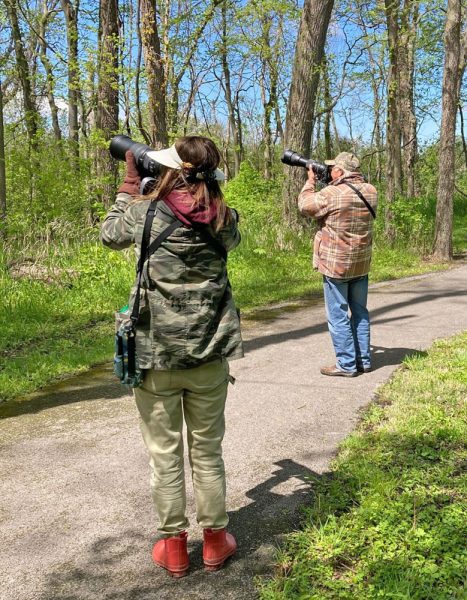 He just shook his head. And so began my passion for finding and photographing birds during every single month of the year. My camera now has a special place on the front seat of my Jeep and, while at home, it is always at the ready to catch the arrivals in my yard. I even wash my windows in the dead of winter in case I need to shoot through them during inclement weather.

As a long-time resident of Marblehead, I know how fortunate I am to live here. Northwest Ohio is truly a birder’s paradise. It is Mecca to many from across the United States and the world.

Fortunately, smartphone technology, E-Bird, Facebook and digital cameras have made the sport of birding extremely easy and quite fun. A few weeks ago, my Messenger app pinged. A birding friend from Walton Hills was on her way to East Harbor State Park where a Kirtland’s Warbler was just reported.

The Kirtland’s is a birding trophy. A rare, endangered bird, it nests only in the Jack Pine forests of central Michigan. It is a neotropical migrant that spends its winters in the Bahamas.

I met up with my friend and found four other birders who were keeping an eye on this prize. A short time later, several people arrived with long camera lenses and spotting scopes in tow. We were all greatly rewarded. At the end of March, I was most fortunate to see a Snowy Owl up close and personal in Huron.

That amazing find plus the Kirtland’s Warbler should have sufficed for the entire year, but who am I kidding? The spring bird chase was on! It was a good thing I did not stop. I soon added a Swainson’s Hawk and a Brewer’s Sparrow to my life list, migrants that belong far west of the Mississippi River and were way off course.

Recently, four of us made the trek through Howard Marsh on a brutally hot Sunday looking for yellow-headed blackbirds and bobolinks. We had no luck, but did learn a very rare Piping Plover was somewhere out there. Although we did not find that bird, we came upon a group with spotting scopes that had three Black-Bellied Plovers in their line of sight. A lifer for me and a joy to see.

This has been a highly unusual spring for birding. Sadly, leaf-out was reported as being over three weeks early. A large part of the thrill of May migration is finding the tiny, colorful birds in leafless trees which enables superior viewing and photographs. 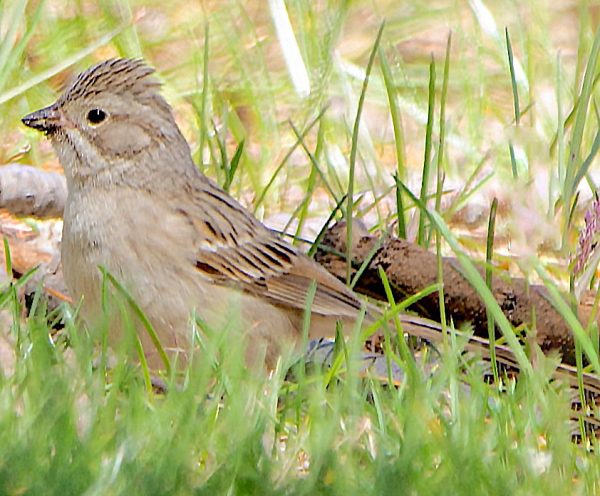 This year we had to hunt and peck, hoping they would pop out of the leaves for a breath of fresh air or a tasty bug. It was the consummate challenge at every turn.

These delightful warblers weigh less than a half-ounce and move with lightning speed. Their first goal is to fill empty bellies from their very long trip here. They are generally arriving from South America after crossing the Gulf of Mexico or the Atlantic.

A few will spend the summer here but most head north to breed in places such as Michigan, Canada and Alaska. Their return trip is in fall and many have completely different plumage by then, so the challenge of identifying begins anew.

During the pandemic, the boardwalk at Magee Marsh was unfortunately closed. This spring it was available only by permits obtained online or by waiting on standby and hoping you were one of the 50 lucky ones to get on. In both instances, you were given a very limited amount of time with a small number of other people. 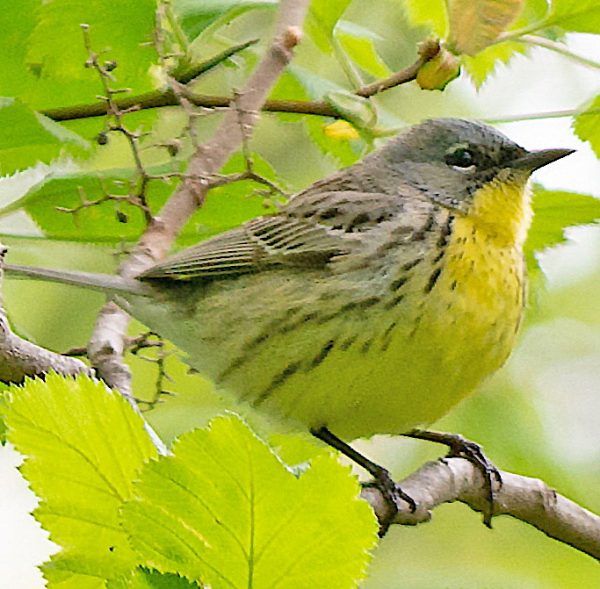 Fortunately, the stars aligned just in time and the CDC announcement enabled the boardwalk to fully reopen to everyone while the warblers were still here. I visited Magee seven times over a three-week period, supplementing my avian safari with regular stops at Meadowbrook Marsh, the two preserves on Catawba, East Harbor, Metzger Marsh, Pipe Creek, Howard Marsh, Sheldon Marsh and Ottawa National Wildlife Refuge. In between all that there were trips to Wendy Park, Sandy Ridge, Fremont, Maumee Bay, the Lorain Impound and even a trip down to Findlay.

There was no time left in the day to clean house. My work emails were answered at night as I sat with feet elevated, tired from daily walks entailing several miles while lugging around my friend the camera.

Falling asleep quickly was never a problem. For me, the absolute most rewarding part of this year’s three special weeks in May was meeting face-to-face with so many people with whom I had only shared bird photos on Facebook. My network of names and faces joyously became reality. 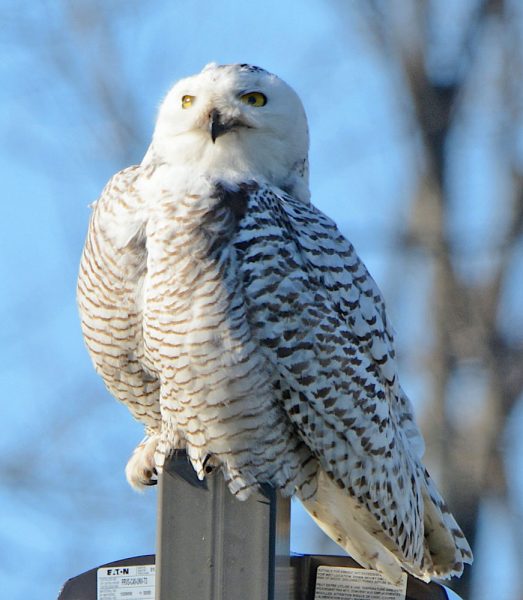 For whatever reason, this year it seemed most of the good birds headed to the western marshes, particularly Magee. Normally Meadowbrook in Danbury Township yields superior results, but most of the flowering shrubs that attract such beauties as the Cape May, Northern Parula and Wilson’s Warbler had bloomed long before these birds arrived.

I was deeply saddened as I looked down at the spent flowers lying on the ground weeks early, knowing my little favorites were not yet here and wondering what they were going to munch on when they stopped by to rest and refuel. I recalled previous years when these delightful songbirds were in their glory, hopping from branch to branch on their singing bushes, enjoying the lusciously scented flowers while providing outstanding photo opportunities. Many birds did arrive, but as the online and in-person chatter verified, there was neither the numbers nor the variety as in past years. Only time will tell if next year will be different.

While I am not an expert by any means, I have recorded over 200 different birds to date, all of which I have viewed within a fifty-mile radius of Marblehead.

My advice for birding success is simple. Keep looking up! You just never know what might be flying over your head.