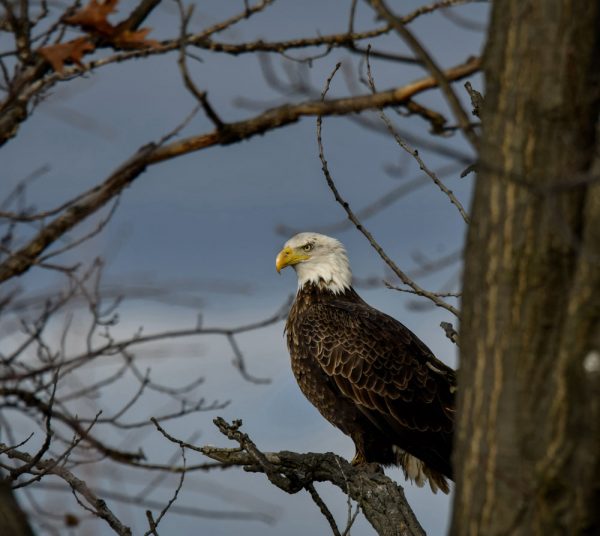 The Biggest Week in American Birding is a 10-day festival in Northwest Ohio each spring attracting tens of thousands of bird watchers to “The Warbler Capital of the World!” This year the spring songbird migration will be held May 5-14, encouraging outdoors folks to experience some of the best birding North America has to offer.

Ohio Division of Wildlife experts, though, are reminding birders that this month’s winter weather can also bring an influx of interesting bird species and birding prospects to the Buckeye State. State wildlife areas along Ohio’s North Coast feature diverse habitats that are open to the public year-round, which are areas offering excellent places to view winter birds.

Some of Ohio’s breeding birds migrate out of the state during the winter, but cold weather drives other species here. Snow buntings, Lapland longspurs, dark-eyed juncos, short-eared owls, and pine siskins are among the species that visit Ohio in winter.

Resident birds such as cardinals, screech-owls, woodpeckers, and many hawks remain in Ohio year-round, as well.

Some of winter’s most iconic birds can be enjoyed solo or with friends, so bring someone with you to share in the experience.

Keep in mind that many public areas also welcome hunters, and hunting seasons for white-tailed deer and other species are underway. Wearing hunter orange clothing as a safety precaution is recommended. Hunting season dates and other regulations are listed at wildohio.gov. 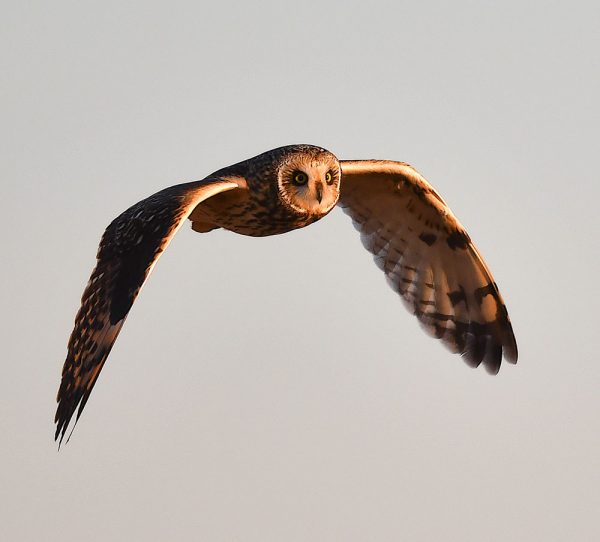 Winter is one of the best times to view bald eagles. Adult and immature bald eagles often group up in the winter near available food sources. The white head and tail of adult bald eagles are unmistakable, but the mottled brown and white plumage of immature eagles is more difficult to distinguish.

Ohio’s bald eagle population has been on the rise in recent years. The spring 2022 nest survey estimated 824 breeding pairs in Ohio, with the highest concentrations near Lake Erie and large river systems. Eagle pairs build nests throughout the winter and lay eggs in February or March.

Barred owls and eastern screech-owls are year-round Ohio residents, but others are only found during the winter. Look in large grasslands for short-eared owls, which can be seen at dawn and dusk flying with deep, slow, moth-like wingbeats. Killdeer Plains Wildlife Area (Wyandot County), Appalachian Hills Wildlife Area (Guernsey, Morgan, Muskingum, and Noble counties), and Crown City Wildlife Area (Gallia and Lawrence counties) are likely spots.

Snowy owls are one of the most sought-after winter visitors, using open fields and rocky shorelines as substitutes for their usual tundra haunts. One of the few diurnal owls (active during the day), look for the snowy owl’s mostly white feathers and bright yellow eyes in places such as Maumee Bay State Park (Lucas County), Mosquito Creek Wildlife Area (Trumbull County), and Headlands Beach State Park (Lake County).

Cold weather and freezing water force many ducks and geese south each winter. Look for residents of the far north like tundra swans in open marshes, lakes, and flooded fields, often mixed with flocks of slightly larger trumpeter swans.

Many winter birds spend time in open fields and large bodies of water where they can be difficult to view. A good pair of binoculars or even a spotting scope is recommended to spot birds at long distances. Winter can be a tough time of year for birds, so it is best to observe birds from a distance to avoid disturbing them or scaring them away from scarce food resources.