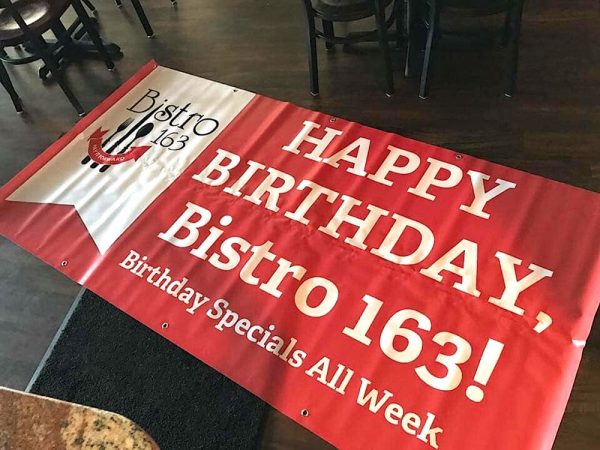 The flag is flying at Bistro 163, celebrating the Pay-It-Forward restaurant’s sixth anniversary this week. 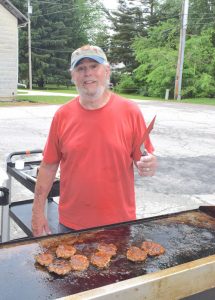 It was a while ago — June 6, 2016 to be exact, — when a small group in Port Clinton crossed their collective fingers and took a chance on opening Bistro 163, a pay-it-forward restaurant.

That was six years ago this week, and the success story continues to resonate near and far. Gourmet lunches that earned a 5-star rating certainly helped, and so did the many who found the time to volunteer to keep the restaurant running smoothly at the Sutton Center in Port Clinton.

Bistro 163 is open for lunch on Tuesday through Saturday from 11 a.m.-2 p.m., and volunteers are welcome to help serve a day or two each week. Some volunteers are made up of church or school groups, while others join friends and neighbors. To sign up, call 419-734-9887 or visit volunteer@Bistro163.org.

Volunteers and donations have certainly made the Bistro 163 concept a reality over the past six years, said Board Member Mary Caracci.

“Free Community Dinners have been a large part of our success, as well,” she said. “Every second and fourth Monday of the month we provide free dinners, and have volunteers who can deliver them to people who can’t come to the drive-through for a meal, such as single mothers or seniors.”

It’s the volunteers, said Caracci, who have given Bistro 163 its foundation for success. 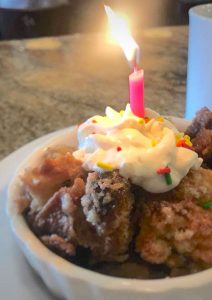 “This past month we’ve had groups of volunteers from the U.S. Coast Guard’s Port Security Unit 309, workers from The Beacon newspaper and a youth group from the Heritage Presbyterian Church in Mason, Ohio, the same church that sent volunteers our way when we opened Bistro 163 six years ago.”

From 10 to 17 years old, the young helpers did a deep cleaning around Bistro 163, and throughly enjoyed becoming waiters and waitresses in the restaurant, taking orders and washing dishes.

“The diners were really impressed with the kids’ friendliness and quick service,” said Caracci, with a laugh.

What keeps the dining room humming at lunch time, though, are the great meals produced by Manager Babette “Babs” Klacik and her helpers. That has provoked diners to pay a little extra for their meals so that those who can’t afford them can still enjoy a meal, too.

Doing good works is a big part of Bistro 163, and they’re fresh from a fundraising campaign for World Central Kitchen and Chefs for Ukraine, which has been feeding the hungry in war-torn Ukraine. Bistro 163 raised $36,000 for the cause, thanks to generous customers and a couple of anonymous donors who matched the funds raised.

The outdoor patio at Bistro 163 opened this week and has helped to attract summer patrons. It is open from from 11 a.m.-2 p.m. on Tuesday through Saturday.