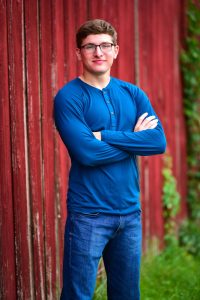 Carter Blaesing is involved in numerous activities at Port Clinton High School. He serves as President of Key Club and is a member of National Honor Society, Leadership Council and a Freshmen Mentor.  As a student-athlete, Carter has been named a Kiwanis Scholar Athlete.  In swimming he has been a member of the SBC Runner Up Teams every year, State Qualifier and team captain.

Next year he plans to further his education majoring in Cyber Security at either the University of Cincinnati or The Ohio State University.  Carter is the son of Melanie Watling and Carl Blaesing. 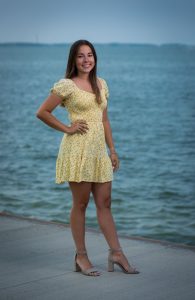 In the off-season Brooke worked to improve her soccer skills by participating in an indoor soccer league.  Brooke has been named a Kiwanis Scholar Athlete numerous times and could always be found helping with youth soccer academy and basketball camps. Brooke is the daughter of Roy Martinez and Jill Nehls Martinez. She was recently accepted at The Ohio State University to continue her education and plans to major in Chemistry with a minor in Forensics.