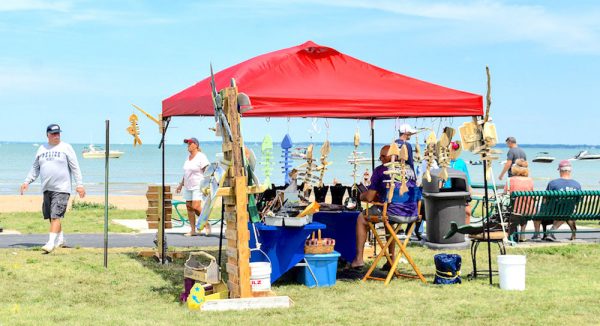 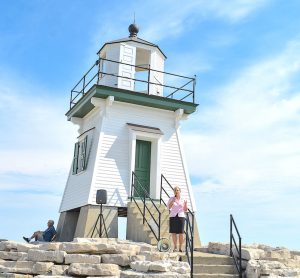 The Port Clinton Lighthouse & Maritime Festival kicked off with a visit by U.S. Rep. Marcy Kaptur.

The hundreds of people walking around the 4th Annual Port Clinton Lighthouse & Maritime Festival on Saturday, Aug. 20 had the chance to learn about the ancient mariner art of knot tying at the Beagle Bay Knot Works booth. Owners Randy and Christine Crawford talked about the history of knotting and sold handmade merchandise such as disc fenders made with rope.

“They were used on classic, wooden ships before plastic and rubber. They were used between the dock and the boat,” Christine said. “We’re helping to reinvigorate the ancient craft of knotting and bring it the 21st century.”

“I met him in 1974 in a little bar in Missouri. I started playing guitar after his style,” Davenport said. “Some people tell me they love his music, so I decided to make a John Prine tribute show.”

New to the Lighthouse Festival this year was an antique and classic wooden boat show organized by local award-winning boat maker, Bill Moon.

“I started calling people I know with boats, and we ended up with 16 boats here,” Moon said.

Among them was a wooden kayak Moon made with his son in 1994.

“We made it at the Wooden Boat School in Brooklin, Maine. We stayed in an old farmhouse and worked in their workshop and ended up with this kayak,” Moon said. “It was just incredible.” 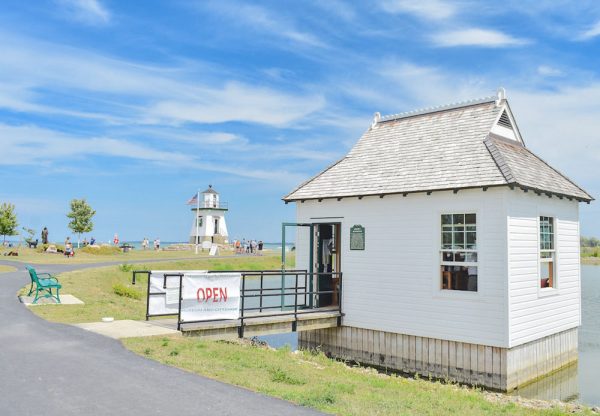 The Port Clinton Lighthouse and the Keeper’s Boathouse were open for tours during Saturday’s festival.

The festival kicked off Saturday morning with a visit by U.S. Rep. Marcy Kaptur, who talked to a crowd of about 60 people from the base of the Port Clinton Lighthouse. Soft waves lapped near the lighthouse and birds fluttered overhead as she spoke.

“I can’t imagine, in this moment, a more beautiful place on earth,” Kaptur said.

Representatives from the U.S. Coast Guard presented the flag prior to Kaptur’s speech. Rev. Bob Butcher said a prayer, and Rosemary Schramm sang the national anthem. Port Clinton Mayor Mike Snider introduced Kaptur by praising the work she has done in her decades in office.

Ninety-three-year-old Virginia Norgard said ill health has forced her to be mostly homebound, but she made the trip to the festival to hear Kaptur, who greeted Virginia before she addressed the crowd. 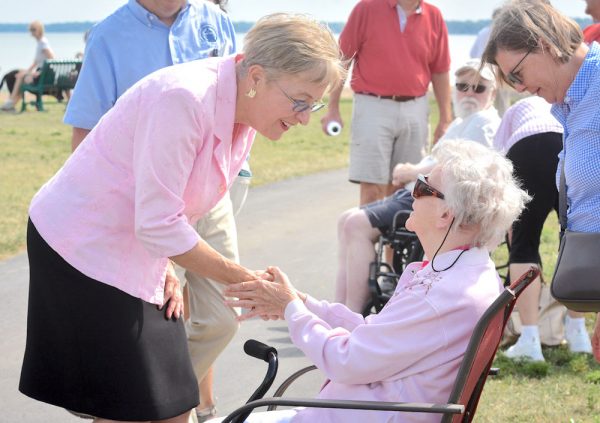 The Port Clinton Lighthouse Festival was organized by Virginia’s son, Rich Norgard, who created the festival in 2017 as a way to connect the light to the community because, he said, “this is their light.”

“The idea was to find a way to engage the community more with the lighthouse itself,” Rich said. “We’ve tried to keep it low key and folksy and people-oriented. We want to remind people that there is a lot of history here.”