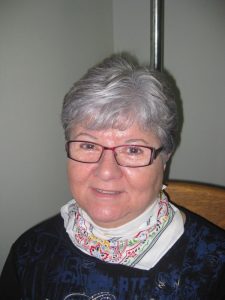 After a year and a half of being bombarded with news about the Covid-19 pandemic, I thought I was over it — saturated. No more did I want to hear about viruses, people dying, social distancing, closing of businesses and schools.

Then I saw the book: “Premonition, A Pandemic Story” by Michael Lewis, followed by an author interview on C-Span. (Michael Lewis is the author of such best-sellers as “Moneyball,” “The Big Short,” and “Blind Side”).

I was not over it, I found. Lewis’s book on the pandemic was different from anything I had heard or read. I spent a weekend with the book and could barely put it down.

Lewis’s book introduced many people of whom I had never heard, but who were working diligently behind the scenes to solve pandemic problems: From the level of an 11-year-old science fair entrant to appointees in the White House.

People with names like Joe DeRisi, Bob and Lisa Glass, Charity Dean, Carter Mecher and Richard Hatchett. These were some of the hundreds of people who worked on plans for handling a pandemic.

By 2003, Joe DeRisi had developed in his lab at the University of California at San Francisco a pathogen-identifying chip before it was envisioned by others.

In 2004, eleven-year-old Lisa Glass was already working with the help of her scientist father on her science fair project about how disease like the Bubonic Plague spread through social interactions.

In 2005, after President George W. Bush read John Barry’s book about the 1918 pandemic, “The Great Influenza,” he asked “What’s our strategy?” Since there was no strategy, a team quickly assembled to attack the problems of a possible pandemic and Congress appropriated $7.1 billion. Doctors Richard Hatchett and Carter Mecher were appointed to Bush’s pandemic team and were instrumental in the effort throughout the pandemic. Charity Dean was an outspoken public health care nurse and administrator with a strong sense of intuition and ability to inspire public health care workers in California and eventually nation-wide

I feel certain that I was not the only one who had no idea the numbers of people who worked on this effort, many of them abandoning their current jobs to contribute: Scientists, civil servants, university faculty, volunteers, researchers, too many to describe.

This book illuminates such facts as just how the U.S. public health system failed us, how the CDC was not designed to play the role many expected, how pandemic plans developed during the Bush and Obama administrations were scuttled, and how genomic analysis was designed to determine how the virus originated and how it spread.

This book tells the “The Pandemic Story” behind the news. Reading this fascinating book gave me a great appreciation for the many years of hard work by those who helped mitigate the horrors of the Covid-19 pandemic.