Bryan Greller had a support crew cheering him on as he was swimming for K.I.C.K against cancer. 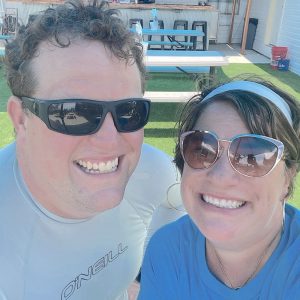 Bryan Greller decided to make a splash on Monday, July 5, to support his cousin, Colleen Greller, and her sister, Katie, promoting their anti-cancer charity, Knowledge is Cancer’s Kryptonite (K.I.C.K.), making a non-stop swim from Marblehead to Kelleys Island.

Greller was cheered on during the 3-hour, 8-minute swim by more than 30 friends and family members, and the 75 donors raising $14,000 for the K.I.C.K. charity fighting ovarian and breast cancer due to the BRCA 1 mutation. The non-profit is devoted to raising awareness about genetic cancers and to fund genetic testing.

Donations can also be made to the K.I.C.K. sisters website, kickbrca.org. Colleen and her sister, Katie, founded K.I.C.K. after they both fought breast cancer and ovarian cancer after being diagnosed in 2020.

Greller was also swimming for Hope for Heather, a charity chosen for his best friend’s wife, Jen, who is committed to raising money for ovarian cancer research and to support families devastated by cancer, promoting cancer education and awareness. 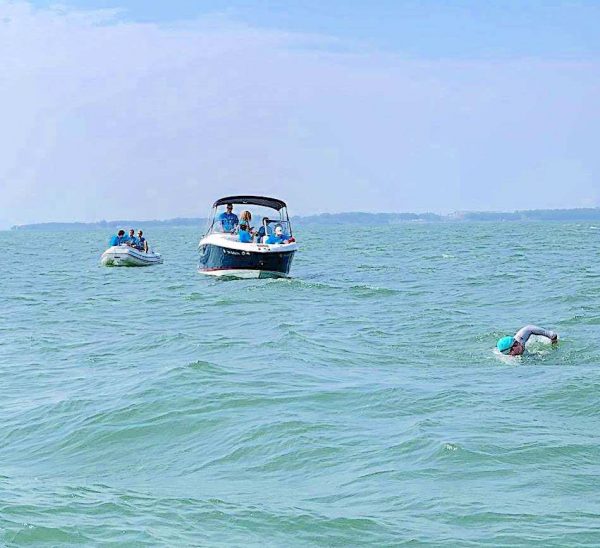 Bryan Greller didn’t take a single break on his recent swim from Marblehead to Kelleys Island to benefit K.I.C.K., a cancer awareness charity.