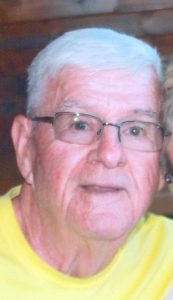 Calvin (Wayne) Colston, age 80, of Port Clinton, and Englewood, Fla. passed away on Nov. 18 while at a Hospice Facility in Florida. Cal was born on Sept. 19, 1940 in Port Clinton to Bryan and Hassie (Tunnell) Colston. He graduated from Port Clinton High School in 1958. He spent his entire career in the lumber business, starting at East Clinton Lumber and finishing at Port Clinton Lumber in 1997.

Cal devoted much of his life to bettering his community. His involvement spanned PC Athletic Boosters, the Downtown Coaches Association, and Little League Baseball as a coach and director. His dedication was recognized in 2012 with his induction into the Port Clinton Athletic Hall of Fame as a community member. Cal also valued education and served 16 years on the PCHS school board, serving as the President for the final 10 years.

Cal was a man beloved by many which is evidenced by the way he spent his free time. He was a 50 year member of both the Elks and Moose Lodge. He also held memberships at the PC Yacht Club, PC Kiwanis, and Colonial Club. He spent his winters in Englewood, Florida which allowed him to turn his passion for golfing into a year round hobby. Most of all, Cal loved spending time with his family and grandchildren.

Cal will be missed by all of his family and friends who loved him. In lieu of flowers, please make donations to the Cleveland Clinic Foundation. Online condolences may be expressed at www.walkerfuneralhomes.com.