Canal Street String Band to land at Lakeside on Sept. 13 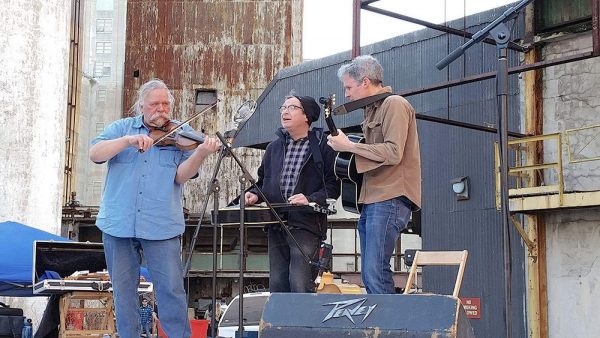 The Canal Street String Band puts the fun back in old-fashioned Americana music. The trio will entertain folks at Lakeside Chautauqua with a Port Clinton Musical Arts Series event that ranges from folk to fiddle on the Lakeside stage on Sunday, Sept. 13 at 3 p.m. From left to right are Phil Banaszak, Jim Whitford and Dave Ruch.

With three-part harmonies, 55 strings and a pair of cow bones, the Canal Street String Band puts a brand-new shine on some seriously fun, old-fashioned Americana music.

The trio will be featured on the Steele Memorial Bandstand at Lakeside Chautauqua on Sunday, Sept. 13 at 3 p.m.

For their show in Lakeside Chautauqua, the Canal Street String Band features songs off their latest album, Wah Hoo!, which includes fiddle tunes and western swing, as well as originals played with “pocket” instruments.

Concertgoers are reminded that masks are required.

Please practice safe social distancing. While some seating is provided in Bettinger Park, guests are encouraged to bring their own chairs and blankets. In the case of inclement weather, the show will be postponed to a later date.

The Lakeside Chautauqua gates and shuttles will not be in operation on Sept. 13. Admission to the show is free with a 2020 Lakeside Season Chautauqua Pass or ticket from any of the cancelled Port Clinton Musical Arts Series’ (MAS) spring 2020 concerts. Please present at the concert for admission. Parking is free.

For those who don’t have a 2020 Lakeside Season Chautauqua Pass or cancelled MAS ticket, admission to the show will be available for purchase at the Steele Memorial Bandstand for $15, and parking is free.