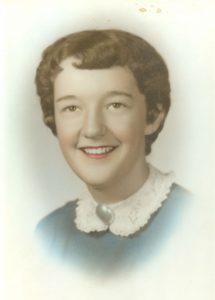 Carol A. Klienow-Yoakum, 81, of Marblehead, passed away on Sept. 10 at the Countryside Manor of Fremont. She had been a resident there for the past 3 years. She was born on Jan. 17, 1940, in Sandusky, the daughter of Lott and Verna (Fleshmann) Buckley. She married Donald Klienow and he preceded her in death in 2016.

Carol was a realtor for Street Realty, in Marblehead for 20 years, retiring in 1984. She was a “people person” who enjoyed talking to everyone and made many friends over the years. Being an active member in her church, Lakeside Methodist, also kept her on the go. Later in life she became more of a home body and cherished the time she spent with her daughter and grandchildren, whom she loved dearly, along with her Yorkshire terriers.

Services will be scheduled and announced at a later date. Memorial contributions may be directed to the Humane Society of Ottawa County, 2424 E. Sand Rd., Port Clinton, Ohio 43452. The Gerner-Wolf-Walker Funeral Home & Crematory is assisting the family with arrangements. Online condolences may be shared at www.walkerfuneralhomes.com.