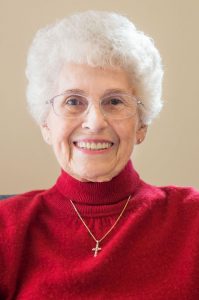 Carolyn Mary Werner, 92, of Port Clinton passed away Oct. 28, at Ohio Living Vineyard on Catawba. She was born June 30, 1927 in “Toussaint” Carroll Township the daughter of Edward S. and Fay L (Ohm) Floro. She married Robert C. Masten in 1946 and he preceded her in death in 1982. She married Walter G. Werner on Aug. 10, 1968 and he preceded her in death on Oct. 20, 1987. Carolyn was the Director of Ottawa County Programs for the American Red Cross. She previously was a case worker for the Ottawa County Health Department. She was previously a member of Trinity United Methodist Church, Port Clinton where she was active in the Huldah Circle.