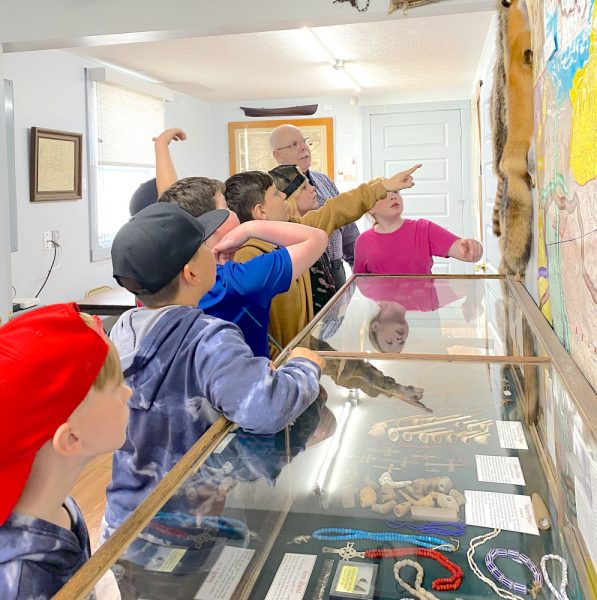 The 2023 membership campaign for new and renewed memberships in the Catawba Island Historical Society (CIHS) has begun. Annual membership dues are a major source of the funds used to operate Catawba Museum at Union Chapel and sponsor public presentations by experts on a variety of historical topics.

CIHS’s service to the community grew significantly this year. In 2021 Catawba Museum at Union Chapel welcomed 843 guests during its mid-May to mid- October operating season. In 2022 the museum touched the lives of more than 1,200 people between destination visitors, special events and outreach speaking engagements for organizations like Rotary and Otterbein SeniorLife Community.

“A big part of the reason for the increase this year,” said Jane Spriestersbach, the Museum Curator, “was that we hosted more private tours for clubs and interest groups. Some of those who stopped to see us included the Old Women’s Literary Society of Put-in-By (OWLS), Port Clinton Lions Club, Order of the Eastern Star and patrons of the Catawba Inn.”

With abatement of the COVID pandemic, the Historical Society resumed its biannual cultural lecture series.

In June, Christopher Gillcrist, Executive Director of the National Museum of the Great Lakes, spoke about determining the precise location of the Battle of Lake Erie. Don Young, President of the Johnson’s Island Preservation Society, shared stories in October about the Confederate prisoner of war facility located there during the Civil War.

According to Kathie Holbrook, CIHS Vice President and Chairwoman of the group’s Membership Committee, the Historical Society had less than 100 members the year it was created. That number has more than tripled last year to 378.

“Our position from the outset,” said Holbrook, “has been to avoid charging an entrance fee for either the museum or our lectures. We rely instead upon memberships in CIHS for much of the income that underwrites our programming.

We are looking at new and modified display options for 2023. A successful membership campaign will convert visions to reality.”

Two levels of annual Historical Society membership are available: The Historian at $25 and the Curator at $100 per year. A lifetime subscription to the Society’s Council of Nabagon can be acquired for a one-time investment of $1,000.

The CIHS museum is in Union Chapel on E. Porter Street at the north end of Catawba Island. The building was built in 1888 as a Sunday school and non-denominational house of worship. Catawba Island Township accepted ownership from the Chapel’s trustees in 1992 and makes the building available to the Historical Society for a nominal yearly lease payment.

More information about becoming a member of the Catawba Island Historical Society can be obtained by calling 419-967-5363 or on the web at www.catawbaislandhistoricalsociety.com.