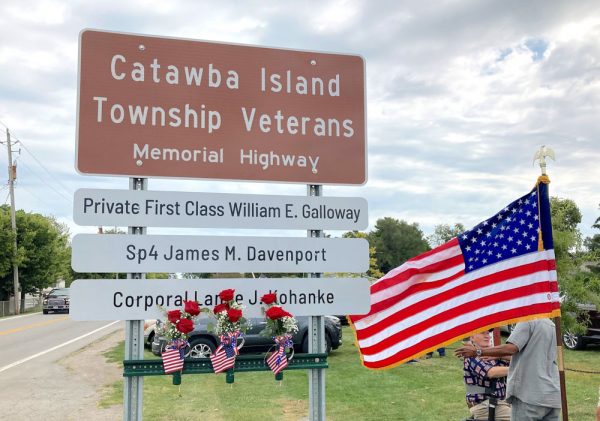 This past Saturday, with the 20th anniversary of the 9/11 terrorist attack sweeping the country, a host of dignitaries joined families, friends and well-wishers to honor three men who gave their all for their country, as the Catawba Island Veteran’s Memorial Highway was dedicated.

Private 1st class William Emerick Galloway entered the Army shortly after graduating from Port Clinton High School. Assigned to the 18th Infantry Regiment of the First Division, Galloway saw action in Europe, and was killed near Dressau, Germany on April 23, 1945.

Private Galloway was a scout during an attack on an enemy position, and was killed by machine gun fire just two weeks before Germany surrendered. His remains were returned to the United States, and he was buried in Arlington National Cemetery on Dec. 9, 1948.

Lance Jack Kohanke, known as ‘Lanny’ by his friends, was drafted into the U.S. Army in September 1967. He was a member of Company B, 1st Battalion, 506th Infantry of the 101st Airborne Division. While setting up an ambush, his unit came under heavy sniper fire.

Although severely wounded, Kohanke continued to point out enemy positions for other members of his unit, directing fire until mortally wounded. He died on May 14, 1968. He was a Silver Star, Bronze Star and Purple Heart recipient. He is buried in Webster, Tex. 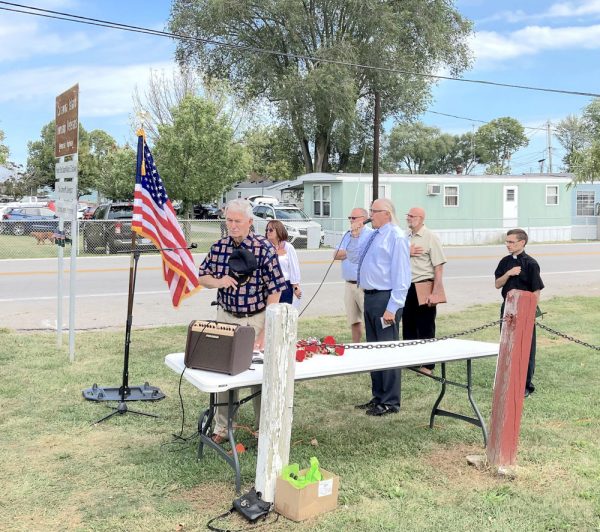 James Michael Davenport entered the U.S. Army at the height of the Vietnam war. Recognized for his mechanical aptitude, he was promoted to Specialist and quickly became a Crew Chief in charge of maintaining helicopters.

Davenport was assigned to the 4th division, which was charged with screening the border of South Vietnam as the first line of defense against infiltration down the Ho Chi Min Trail. On the evening of May 18, 1969, a rocket and mortar attack was launched against Camp Enari near Pleiku, South Vietnam.

Davenport volunteered to serve as a gunner on a light helicopter being used to identify the source of the enemy shelling. It crashed under heavy fire, killing the pilot and co-pilot, and badly burning Davenport. He died of his wounds on May 24, 1969, and is buried with family members on Catawba Island.

Guest speaker Reggie Langford, a Purple Heart Recipient and Vietnam Veteran, spoke to the appreciative crowd. “It is definitely an honor to be here at this dedication today to honor three fallen brothers,” said Langford. “Years ago, here on Catawba, we had three young kids who grew up to become men and heroes in this community.

“These kids served their county with pride, and wore the uniform . . . [and] would never kneel and turn their backs to the American flag, but saluted it with honor.”