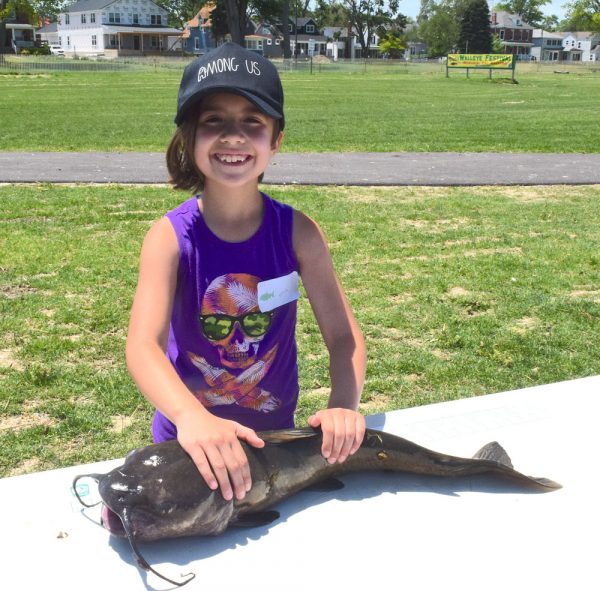 The Skipper Bud’s Fishing Derby on Sunday on Derby Pond during the Walleye Festival – Part 2 seemed perplexing even for seasoned fishermen. Would the stocked channel catfish bite after Waterworks Park had been flooded the week before by a nasty nor’easter?

The kids, about 200 strong, didn’t seem worried. They got to go fishing with their moms and dads, and received new fishing rods from host Skipper Bud’s Marina in Marblehead. 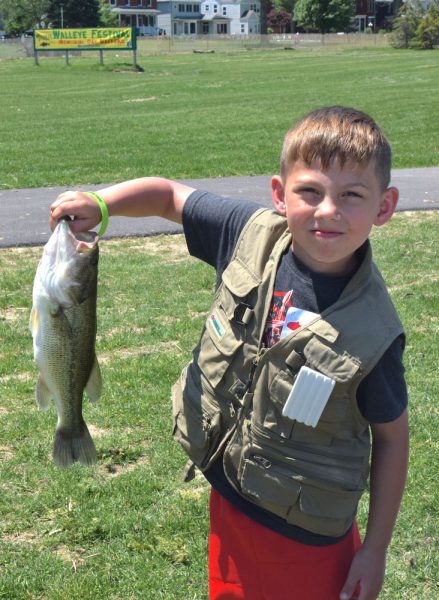 Derby Pond is not known for its largemouth bass, but Xenathan caught a 14 1/2-incher.

It was true that Derby Pond was severely flooded, its waters quite muddy. But the catfish that were not swept away by the flood waters or city workers pumping the water back into Lake Erie had to be a bit disoriented, didn’t they?

When the horn sounded to allow kids to start casting worm-baited hooks into the pond, things were pretty quiet. When Azier Lipkins of Canton hooked the first fish, it wasn’t even a catfish. Surprisingly, it was an 11-inch largemouth bass, caught from a pond known for its catfish and carp. 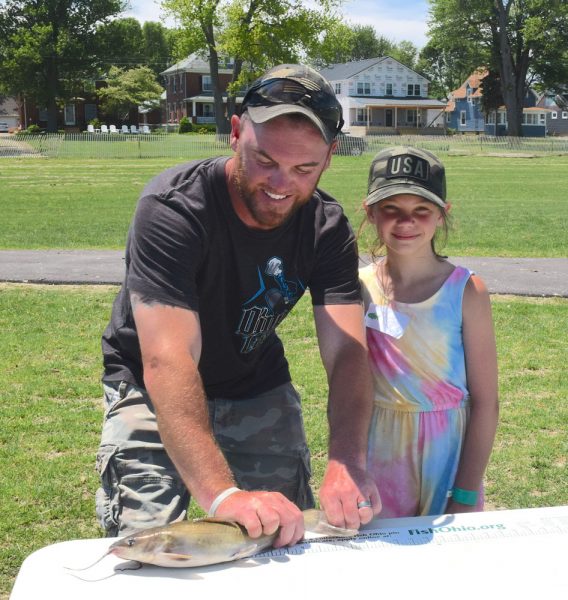 Dustin Dinan of Fremont measures a catfish caught by his daughter, Skylar.

The catching started slow, but the hungry catfish finally caught on. After others caught a few small catfish, Mia Orshoski of Port Clinton showed the other kids what a trophy looked like.

Little Mia wrangled a 25 1/4-inch catfish to the shoreline, and on to the Skipper Bud’s measuring station, with a big smile. 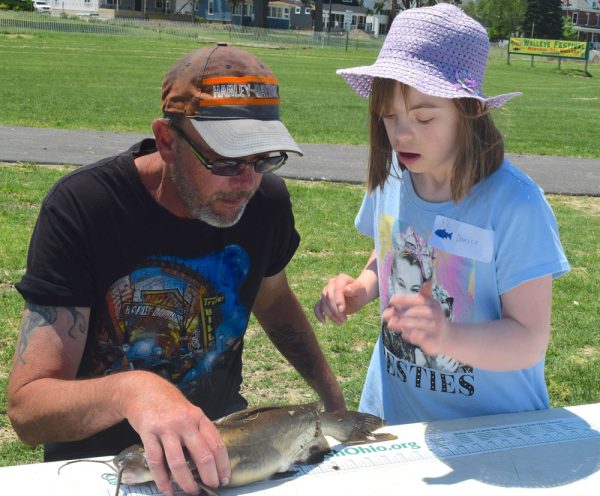 Whether they caught a little bluegill, a feisty bass or a wriggling channel catfish, the youngsters proved that Port Clinton is a fishing town.