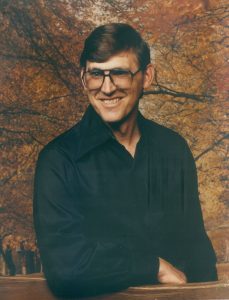 He married Rita Estep on Aug. 1, 1968, and she preceded him in death on Jan. 15, 2016. Cecil graduated from Port Clinton High School in 1968 and held degrees from Terra Community College in Air Conditioning, Refrigeration and Locksmith. Cecil worked for 14 years at Uniroyal Plastics in Port Clinton and 18 years at Power Train in Toledo. Cecil enjoyed baking, cooking, canning, deer hunting, breaking down and rebuilding computers, traveling to county music festivals and reunions, woodworking, renovation, and working with his hands.

A Celebration of Life gathering will be held on Saturday, Feb. 12, from 1-4 p.m. at the Gerner-Wolf-Walker Funeral Home, 216 Washington Street, Port Clinton. All are invited to a luncheon (4:30 to 7) held at Bay Township Hall located at 4471 W Fremont Rd., Port Clinton (St. Rt. 53 going toward Fremont) immediately following visitation. Interment will be in Fitchville Cemetery, New London, at a later date. Memorial contributions may be made to the American Cancer Society or to the American Diabetes Association. Online condolences may be shared with the family at www.walkerfuneralhomes.com.