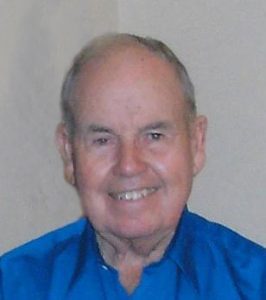 Cecil R. Adkins, 92, of Walbridge, passed away Saturday, Jan. 2. He was born in Walbridge on November 2, 1928 to Clifford and Angela (Traver) Adkins. Cecil lived through the Great Depression with a large family. His father instilled a work ethic that would shape Cecil’s life. He graduated from Walbridge High School and proudly served in the Ohio National Guard. He worked at LOF as a Millwright and the BP Refinery and a member of the Walbridge-Lake Fire Department. On May 28, 1955 Cecil married the love of his life, Elizabeth Anna (Wehde). Soon after, his passion for developing land began with 40 acres that started on Allen St. Cecil’s first full scale project began with Walnut Hills Mobile Home Park in 1968.

He and his wife would go on to develop several other subdivisions in Walbridge as well as the neighboring cities of, Northwood, Oregon, and Lake Township. Cecil is one of the founders of the Aqua Terrace Pool, which is now the Walbridge Community Pool. Cecil was a member of the Toledo Home Builders Association, Ohio Mobile Home Associate, Swiss Society/GAF, Catawba Island Club, Exchange Bank (State Bank and Trust) Board of Directors and Village of Walbridge Councilman for 28 years. Aside from his career in development he had many hobbies such as dancing, gardening, plowing snow with his John Deere, socializing, golfing, dining at Bob Evans, Real Seafood and Oregon Inn. Cecil always enjoyed being with people and putting a smile on their face. He was the epitome of hard work, always saying, “work never hurt anyone.” Cecil’s final passion project was the Adkins Pond, which sits behind Walnut Hills Mobile Home Park. His legacy and spirit will live on for generations to come.