Changes made for GSMM Rifle Matches at Camp Perry 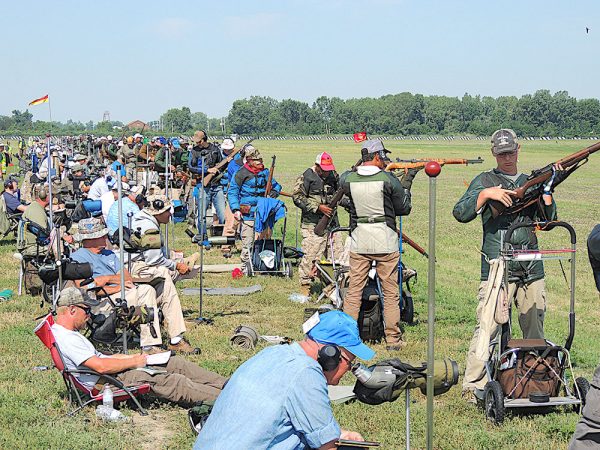 Garand, Springfield, Vintage ands Modern Military competitors in the National Matches at Camp Perry will be able to fire the rifle and time of their choice.

The Civilian Marksmanship Program (CMP) would like to remind its 2021 National Match Garand/Springfield/Vintage/Modern Military (GSMM) competitors that they will be able to fire the rifle of their choice on the day (Friday – Sunday) and time of their choice. The GSMM Matches are scheduled for Aug. 6-8.

Although all firing points will now be utilized during the events, competitors may only fire each rifle once – no reentry (firing the same rifle in the same category more than once) will be permitted at the 2021 National Matches.

The GSMM Rifle Matches are part of the CMP Games lineup conducted annually at the National Matches and at several other events throughout the year. During the match, competitors are able to fire a variety of vintage military rifles and service rifles at 200 yards. The course of fire includes slow-fire prone, rapid-fire prone and slow-fire standing portions.

The National Matches has been an honored tradition for generations – first firing on the Camp Perry grounds in 1907 and featuring a lineup of rifle, pistol and air gun competitions and educational opportunities for both seasoned and aspiring marksmanship competitors. Attracting thousands of guests each year, the National Matches is a must-see for any competitive shooting enthusiast. Learn more about all of the events at the upcoming 2021 National Matches on the CMP website at https://thecmp.org/competitions/matches/cmp-national-matches/.