Christine was a 1973 graduate of St. Clare Academy and graduated from St. Vincent School of Nursing in 1978. She was a dialysis RN for 22 years at St. Vincent Medical Center, Toledo and then at Firelands Regional Medical Center for 10 years, retiring from Firelands in 2015.  She was a member of Immaculate Conception Catholic Church in Port Clinton, St. Vincent Alumni, Port Clinton Eagles and Nugents Canal Yacht Club. She enjoyed gardening outside of her home that she built with Mike and spending time with her grandchildren who were the light of her life. 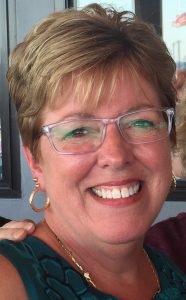