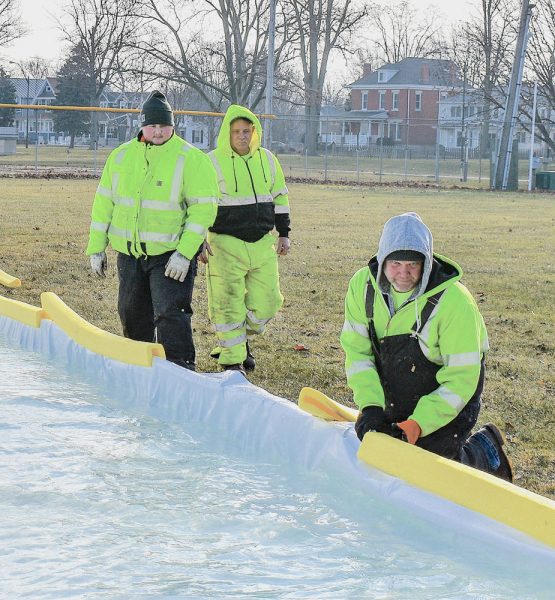 The Port Clinton City Street Department gave the Port Clinton Fraternal Order of Police Lodge 79 an early Christmas present when they set up the FOP Ice Rink on Tuesday, Dec. 20. Although installation of the rink was planned for a later date, city workers assembled and filled the rink when cold weather was expected for the Christmas weekend.

“The street department surprised us and started setting it up today in anticipation of the weather this weekend,” said Patrolman Amy Pugh.

For the fourth consecutive winter, the FOP has constructed an ice rink as an additional way to serve the community. Last year, the rink was moved to Waterworks Park, where the park’s lights allowed for evening skating. The ice rink is now a much-anticipated winter event for city residents.

Last year’s rink was irreparably damaged by weather and skates, so the FOP purchased a new rink liner and added foam bumpers around the perimeter. Throughout the winter, the street department will occasionally resurface the ice to keep it smooth.