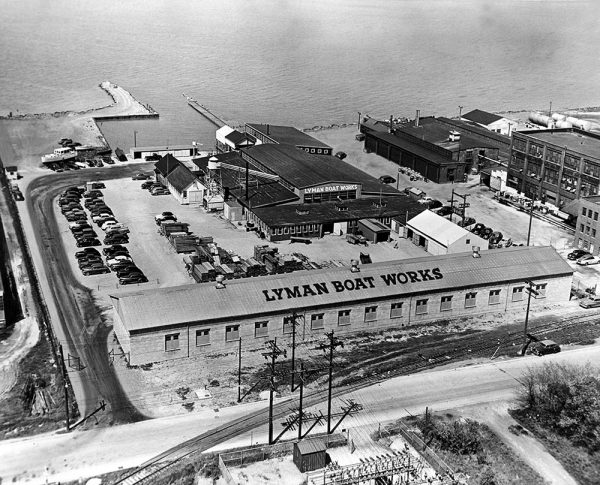 Iconic Lyman boats have not been manufactured in Sandusky for almost a half century, but they are still a favorite of Lake Erie boaters. Many companies still renovate the classic boats, and this year many will be on display to commemorate the 90th anniversary of the Lyman Boat Works in Sandusky. 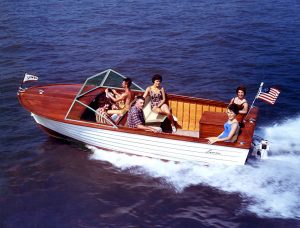 The Progressive Cedar Point Boat and Demo Show will make a splash with its lineup of expensive yachts and sailboats, but the classic Lyman wooden boats once made in Sandusky, will also be in the spotlight this year at the show, which drops anchor at Cedar Point Marina for four days on Aug. 22-25.

The old will blend with the new at this year’s show, said Michelle Burke, president of the Lake Erie Marine Trades Association that 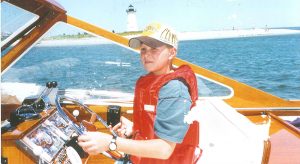 “We’ve literally wiped the board clean and started with one vision to make it more than a boat show,” said Burke, who wanted to present an appealing boating event with variety, entertainment and even some great nostalgia.

“The popular annual Toledo Antique and Classic Boat Show will also be a part of this year’s Progressive Cedar Point Boat Show, featuring a selection of classic boat models maintained or restored to their original glory,” said Burke.

Among the historical displays will be artifacts from the original Lyman Boat Works provided by Tom Koroknay, well-known as “Doc Lyman,” the preeminent Lyman historian. The exhibit will show off a Lyman boat built in each decade along with more Lymans displayed on land and in the water at Cedar Point Marina. 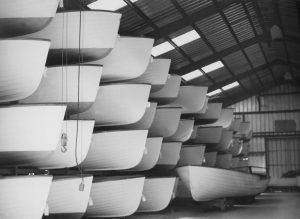 The Lyman Boat Works began building legendary wooden lapstrake “clinker-built” rowboats in Cleveland in 1875, and made the move to Sandusky in 1929, where the company survived the Great Depression by building an array of custom boats. The company grew into one of the prominent names in American power boating history.
Lyman’s boat show exhibit will include Lyman Boat rides in Sandusky Bay, Lyman 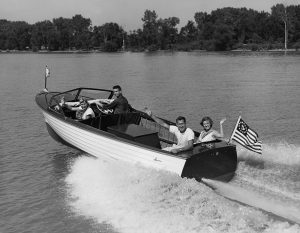 There will be plenty of new yachts, fishing boats and sailboats on display, as well. Topping the long list of yachts will be the Galeon 470 Skydeck, which has a sizable flybridge fitted with a wet bar, sunbathing lounges and a second helm station for easier maneuvering. The 500 FLY being shown by MarineMax extends the width of the cockpit to a stunning 19 feet, 8 inches by dropping down both the port and starboard sides.

It won’t be the largest boat at the show, though. That honor goes to the new Maritime X60 from Colony

Marine in Detroit. The flagship of this Australian builder’s X-Series of sports yachts reflects its racing heritage. The X60 is accessed from the swim platform through the large, electrically actuated hatch, and can be arranged as a beach club, stateroom, tender garage or galley, which are just a few of the custom configurations. 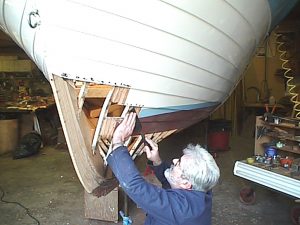 The majority of the boats will be in the water at Cedar Point Marina, and many will be 2020 models getting their first public showing at the Great Lakes oldest and largest 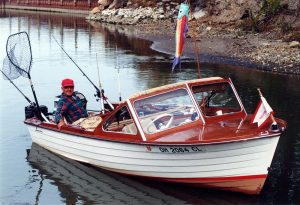 in-water show. Literally every major brand will be represented by dealers from around Ohio. The major bonus of the boats being afloat, say marine dealers, will be the opportunity for the public to take demo rides on many of the newest watercraft.

Lake Erie is also the Walleye Capital of the World, experiencing record-setting hatches of walleye in recent years. That helps to explain the wide variety of fishing boats that will be on display this year, from sleek center console boats to triple-engine giants that would tempt any angler.

Among the big names in Lake Erie fishing boats is Happy Days Boating company of Port Clinton, a dealer for Robalo, Sport Craft and Parker, the latter brand well-known for specializing in fishing boats. The Sport Craft 272 and 302 Express models have been mainstays of the Lake Erie charter fishing fleet for decades, all featuring angling amenities. 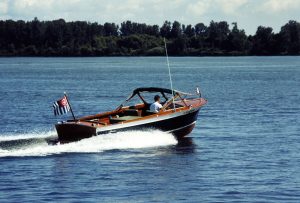 Buddy Davis Boats being displayed by Ted Patrick’s Lake and Bay Yacht Sales of Marblehead are known world-wide by the serious fishing community for their distinctive flair and hull design. The Davis 28 Center Console is a wonderful example of the company’s ability to a build fishing friendly craft that provide a surprisingly comfortable ride for passengers.