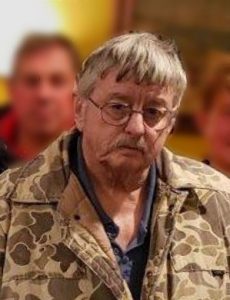 Clifford A. Scott, 79, of Port Clinton passed away peacefully in his sleep on Dec. 5. He was born March 2, 1941 in Conneaut to the late Ann Marie (Mattes) and Clifford W. Scott. Cliff was a US Navy Veteran having served during the Vietnam War. Cliff worked at the Mathews Boat Co before and after his service in the Navy until they closed in 1975. For a short time he worked at the Sweeney Warehouses in Fremont and then worked for General Motors in Sandusky, retiring in 2005 after 28 years of service.

On Sept. 2, 1983 he married Roxanne Auxter; together they built their home and enjoyed rebuilding a 1966 EggHarbor. Together along with friends, family and lots of laughs they rebuilt a 1932 Chevy and a 1932 Ford Roadster (which is still in progress). Cliff enjoyed hunting, fishing, and eating wild game. He liked reminiscing and talking to most anyone. He will be greatly missed by all who knew him.

Survivors include his wife, Roxanne, his children, Melissa Winklea, Karen Henline, Wendy Forsythe, Sharron Ochs and Charles Scott, 11 grandchildren, and several nieces and nephews. He was preceded in death by his parents and sister, Kathleen Maury.

Per Cliff’s wishes there will be no services and cremation has taken place. In Lieu of Flowers, Memorial Contributions may be directed to Wreathes Across America C/O Ottawa County Veterans’ Services, 8444 St Rt 163, Oak Harbor, OH 43449. Online condolences may be shared with the family at www.walkerfuneralhomes.com. The Gerner-Wolf-Walker Funeral Home and Crematory, 216 Washington Street, Port Clinton, assisted the family with arrangements.