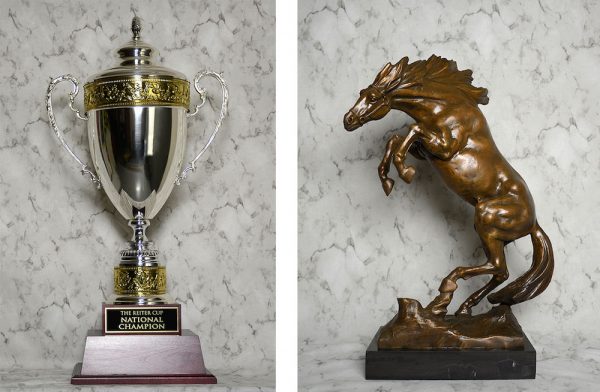 The Reiter Cup and the TD Smith Trophy are two new Pistol Match trophies this year at the National Matches.

The Civilian Marksmanship Program (CMP) is honored to announce the addition of two new pistol trophies to be awarded at the annual National Matches at Camp Perry. The trophies are designed to pay tribute to prominent figures in the pistol world and will be ready for presentation at the 2022 National Matches. 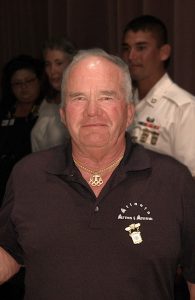 The Reiter Cup National Champion Trophy, named after decorated bullseye pistol marksman and Olympian Steve Reiter, will be presented to the winner of the Match Pistol 2700 Any Sights National Champion – a competition that highlights accumulated scores in the .22, .45 and Centerfire 900 Aggregate matches.

Reiter was also a member of the USA Olympic free pistol team in 1980 and is a former U.S. Army Reserve Team member.

A recipient of 34 Overall National Championship titles and 44 National Records, Reiter has been a competitor at the Camp Perry National Matches for over 40 years and is a five-time National Champion at the event. 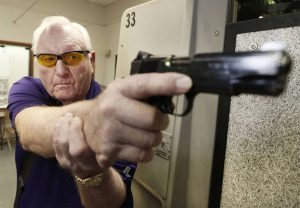 The TD Smith III Trophy, named after Olympian, National Record holder and American hero TD Smith, will be presented to the winning 4-Man Team in the Pistol Aggregate competition.

An Oklahoma City native, TD Smith III was an F-4 Fighter Pilot in Vietnam who flew over 100 combat missions. A notable moment while in the military came when Smith survived a free fall of nearly 5,000 feet onto a mountain in Greece after a C-47 aircraft (on which he was a passenger) broke apart mid-air.

Following his recovery from the fall, he crawled back up the mountain to aid the survivors and deployed an orange parachute as a signal for the search and rescue planes. For this, he was awarded the Airman’s Medal – the highest non-combat award possible.

As a marksman, he was captain of the Air Force Pistol Team and personally set over 22 National Records with the .22. He was also the first person to shoot a 300 with the .45 in 1962.

In 1963, he set the record for International Center Fire in the Pan Am Games, with a score of 597×600 – breaking the old record by six points. The score, which was the first World Shooting record by a member of the U.S. Air Force and the first centerfire pistol World Record set by an American, has never been beaten or equaled since.

Smith departed the Air Force team in 1966 and finally retired when the International Shooting Sport Federation (ISSF) changed targets. He has since served as a coach at the Olympic Training Center and elsewhere.

The event also hosts Commercial Row, where industry vendors provide a variety of supplies and other necessities, available for purchase. Competitors and guests of all ages and experience levels are welcome to attend the annual National Matches!

Learn more about all the 2022 National Matches events by visiting the CMP website at thecmp.org/cmp-national-matches.