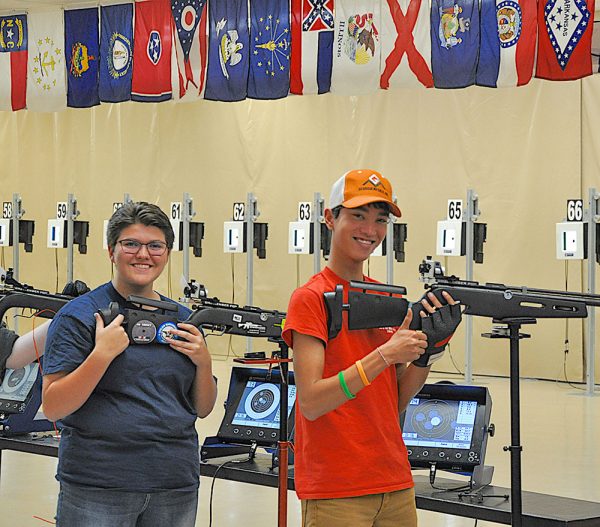 All ages are welcome to participate in the Monthly Air Gun Matches at Camp Perry in Ohio and in Alabama.

The Civilian Marksmanship Program (CMP) has wrapped up its series of Monthly Match League competitions for the 2019 season. The CMP Monthly Matches, where competitors have the opportunity to be ranked amongst other match participants from across the country, include a Junior 3×20, Junior 3×10, 60 Shot Air Rifle Standing and 60 Shot Air Pistol set of competitions.

Also recognized is the Most Improved Competitor. In sporter, Austin DeMerchant, 10, of Heflin, Ala., obtained the title.

James Shipley, 13, of Williamstown, W.V., was the Most Improved Competitor of the precision event.

Most Improved in the 60 Shot competition was Lucinda Peters, 17, of Monroe, Ga..

Sydnie Gray, 17, of Howell, Mich., was the Most Improved Competitor of the event, which saw a total of 260 entries. Reagan Phillips, 16, of North Canton, Ohio, was High Junior of the match.