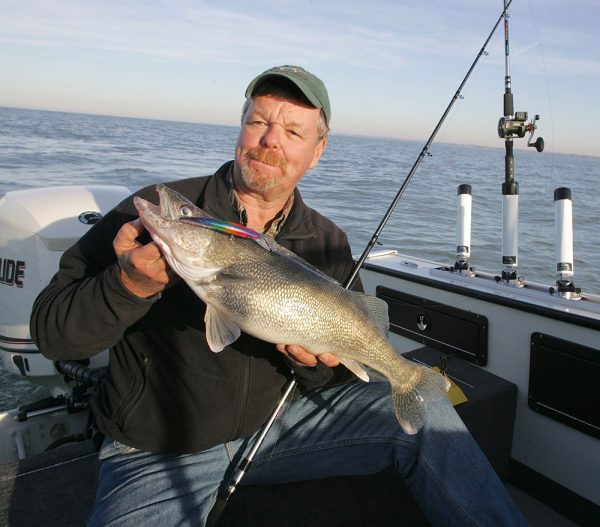 As the water temperatures begin to cool in the coming weeks, the Lake Erie walleye and smallmouth bass fishing should continue to improve.

The fish must have gotten a memo this week that cooler temperatures are on the way, as fishing began to improve over the weekend.

Smallmouth bass fishing had a pretty good feed going on around the Lake Erie Islands in 16- to 20-foot depths. Fisherman that love to use live bait opted to dunk soft craws, while those that choose to cast artificial baits had a wide range of tube jigs, drop shot rigs and diving plugs to choose from.

Bass anglers have their own favorite artificial baits to use at this time of year. We have had reports that the numbers of bass being caught are increasing, which is a good thing.

Also, casting for walleye is slowly improving, especially around the reefs and rock piles where water depths range from 10 to 12 feet. A few limit catches were reported, but on the average, it has been mostly half limits being caught while casting.

Trolling for walleye has remained consistent. The best areas for trolling have been six to 15 miles east of Kelleys Island along the Ohio border with Canada. When anglers mark a good school of walleye on their sonar units, stop and fish them.

We went out Friday and caught limits. The top lure choice was trolling Bandit diving plugs, with two-ounce weights on one side and 44 Mag Reef Runners on the other side. We set them about 100 to 110 feet back and relied on rather brisk speeds between 1.9 and 2.1 miles per hour. The grade of the fish that were being caught was excellent.

Unfortunately, we don’t have anything good to report about the yellow perch fishing this week. We did have some sporadic catches come into the shop, but that was about it.
We are going to keep this short and sweet this week, but as the species begin to bite better, we will report the locations and tactics. So until next week, stay safe and keep a tight line.