Cornell, OL will lead the offense 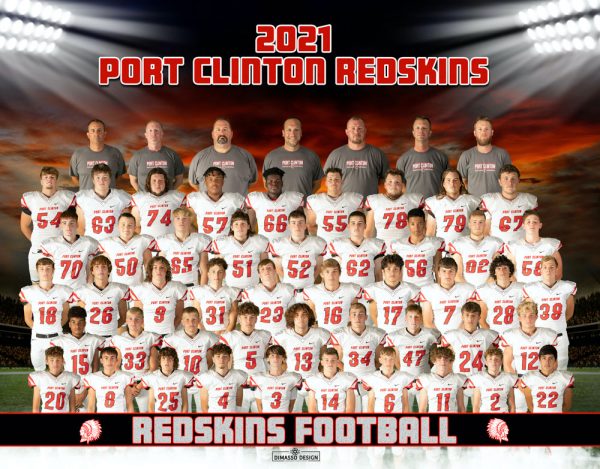 Outlook: Port Clinton returns 16 starters and features its share of playmakers. And with an offensive line that includes three players at or near 300 pounds and one of the area’s best running backs in Garrett Cornell, the Redskins should be able to run the ball with success this season.

“We have three 300-pounders on the offensive line. We tell them, ‘You can be fat and slow, or big and fast,’ and I prefer the second. They’ve all come a long way. They’ve all taken their licks,” said Port Clinton coach Beau Carmon. “The experience is there, you can’t coach speed or size, and experience is something we sometimes take for granted. This is the biggest offensive line I’ve ever coached. Any success we have will be 100% because of them.”

Cornell, who also plays linebacker, was a workhorse last season.

“I think he’s faster. I think he’s starting to see the light at the end of the tunnel and knows that he’s a senior. He’s the type of kid that has that, give me the ball factor. It’s hard not to give him the football. He wants it and he wants to score,” said Carmon. “He has a drive that is good, if not greater, than anyone else I’ve ever coached. He’s blue collar.”

Junior quarterback Cam Gillum returns to run the offense. He had some growing pains as well as some success as a sophomore and appears to be ready to take the next step.

“He is much better — his arm is stronger, he’s bigger, he throws the ball with more velocity and he’s better out of the pocket. He was not very good there last year. Cam needs to be able to run between the tackles, run and throw outside of the tackles, he only had 200-some yards rushing last year. He can’t be just a pocket passer,” said Carmon. “In our offense, our quarterback is a glorified running back. He’s taking a lot of steps, he controls the offense.”

Josh Hurst and Anthony Aukerman are the starting wide receivers and Cashes Jackson will be in the mix, too. Tyler Webb is the H-back and Adam Thorbahn plays tight end, though he will be split out at times.

The 3-4 defense will feature Thorbahn and Shell as the ends with Ranzenberger as the nose guard. Cornell and Dagan Meyers are the middle linebackers with Hurst and Colton Yarbrough flanking them on the outside. Webb and Jackson are the cornerbacks and Aukerman and Owen Auxter are the safeties.

“I don’t know how good the defense can be. It really will depend on middle linebackers,” said Carmon. “Our defensive line has to do it. We expect our safeties to be like linebackers and come down and make plays. We need to make sure we’re rotating guys in and being fresh.”

Thorbahn is the punter and Andrew Hanson is the kicker.

“It should be a really, really fun year with this group,” said Carmon. “I’m hoping everyone in Port Clinton comes out and watches some great football.”