Cornhole tournament raises money for Rotary one toss at a time 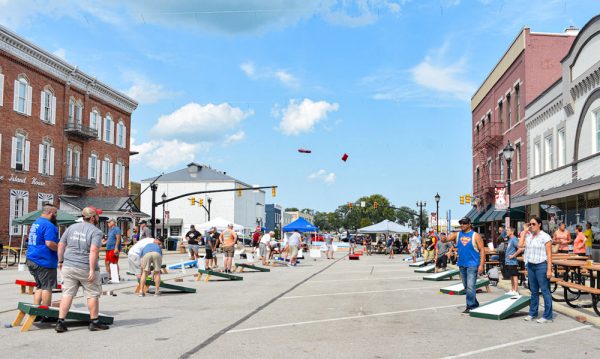 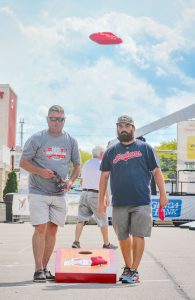 A member of one of the Brick House teams tosses a bag into the air during the cornhole tournament. The Brick House sponsored four teams to help support the event. (Photo by Sheri Trusty)

The picnic tables and beach chairs were cleared from the downtown Meals on Madison area to make room for the Walleye Toss cornhole tournament hosted by Rotary Club of Port Clinton. The event served as a fundraiser for Rotary as well as a venue to introduce potential members to the fun and charitable benefits of joining Rotary.

Among the competitors were Lindsay Faust and Greg Fondren. They rarely play cornhole but attended to help a good cause.

“We just came to support the community and Rotary,” said Faust, who is the director of Ida Rupp Public Library.

Dan Anderson and Clark Durdel, both of Port Clinton, comprised one of four teams sponsored by The Brick House. Durdel said he enjoys cornhole because it’s a fun way to meet new people, and the team joined the tournament to support the community.

“This is something new for local residents to do. It’s something that’s not happened at M.O.M. before, something family friendly and not music related,” Jess said. “We wanted to be a part of that, and we wanted to give back to the community.”

Jess’ mother-in-law, Vickie Ward of Port Clinton, attended the event to watch her husband, Rick Ward, and her grandson, Andrew Babcock, compete in the tournament. She was happy to see the M.O.M. space utilized in another unique way. 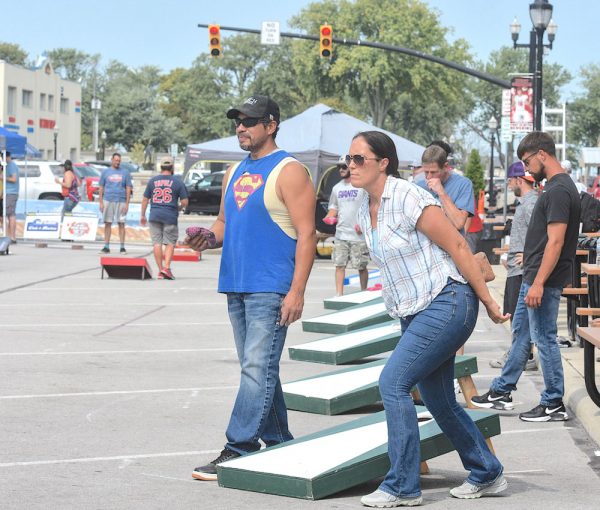 “I love M.O.M. We’re up here all the time. I’m seeing lots of locals here today but also lots of people I don’t recognize,” Vickie said. “M.O.M. is the best idea Port Clinton ever had.”

Rotary Club of Port Clinton President John Davenport said the money raised at the event will go into the Rotary Foundation to help support charitable causes locally and around the world. Anyone interested in joining Rotary can contact Davenport at 419-349-6177 or colonelcrash@yahoo.com.