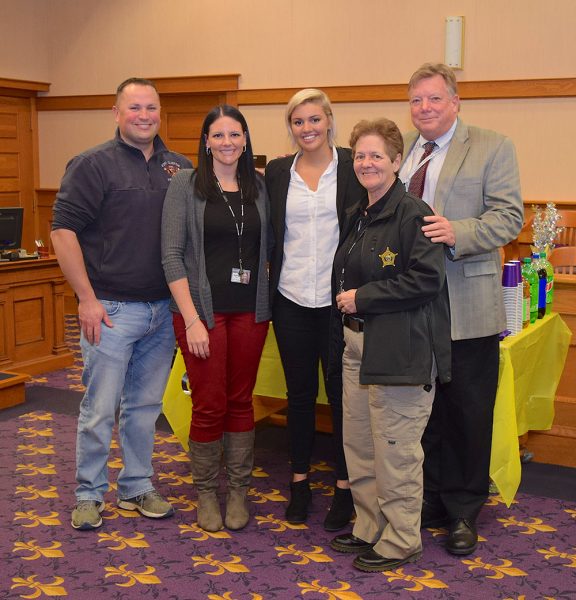 “To see all of those people in court to support me was absolutely surprising,” said Sheppard. “After all of the bad decisions I’d made, I didn’t expect it. These people are amazing. Their hearts are so big.”

Sheppard was graduating from Ottawa County Common Pleas Court’s Mental Health Court, also known as the Drug Court, for successfully escaping an opioid addiction that put her in jail, and in treatment. At 22 years of age, she had her life back, thanks to the collaborative support of case managers, probation officers and many others. 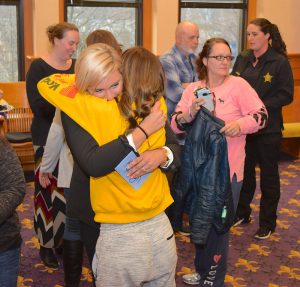 “Those people are all different, with different skill sets, and none of them actually work for me,” said Common Pleas Court Judge Bruce Winters, who created the court in 2013. “They’re pretty good at what they do. They’re all on the same page, and what they do as a team is working.”

Judge Winters knows the program has made a difference. Others are more skeptical.

“I’ve been to legal conferences lately where addicts are considered to be disposable people. That only one in 20 opioid addicts will beat addiction, they say, so why waste your time and resources with that kind of success rate?” said Winters.

“Well, our success rate is far better than that. One in five will overcome their addiction. People like Katlyn, who is now equipped to get on with her life, keep me excited and passionate about what we’re doing.”

Described in court as “a hot mess” when first arrested, Sheppard is now “in a good place on a good road for the rest of her life,” said Winters.

“I starting acting out when I was 13 years old,” said Sheppard. “Dabbling with weed and other stuff. Then I tried heroin for the first time when I was 17. It was a wrap.”

“I could be mean and ugly to family and friends, but inside I still had a heart. I was so young, and crying for help,” she said. “Being incarcerated was the most difficult time of my life.

“After three months in the Ottawa County Jail, and six months in a community-based lockdown, I hit the ground running, wanting to take full advantage of the support I was getting. There were times when I wondered why it was so hard to find myself, and wanted to give up, said Sheppard. “Because of the support, though, I kept on fighting.”

Sheppard is now working in the recovery field at a facility in Sandusky, helping others battle their addiction. She is using lessons learned from the experts at Ottawa County’s Drug Court.

“I live my recovery every day,” Sheppard said. “And I will every single day for the rest of my life.”