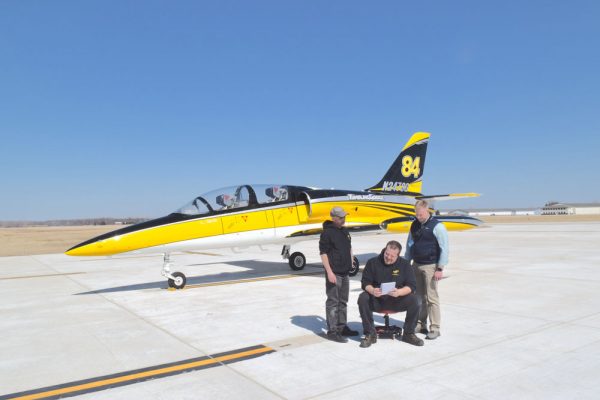 Aircraft mechanic Ryan Howell goes over the game plan for the day’s work to be done on the L39 Albatros, a racing jet owned and piloted by Scott Gusakov of Milan Mich., in their hanger space at Erie-Ottawa International Airport. From left to right are Gusakov, Howell and Director Clay Finkton of the airport.

Scott Gusakov and his L39 Albatros, a 1984 Czech-built jet that he won the National Championship Air Races’ Jet Class Rookie of the Year with in Reno, Nev., in 2019, could be ready to race again after an engine overhaul in its hangar at the Erie-Ottawa International Airport in Port Clinton.

With mechanic Ryan Howell of Tiffin, Ohio doing a lot of the heavy lifting, the two men have been rebuilding a pair of jet engines for the race team’s L39 Albatross — Racing #84 The Tumbling Goose — with parts made extremely scarce by the current war in the Ukraine with Russia.

“The Odessa Aircraft Plant in Zaporizhzhia, Ukraine, which had mastered the repair of 28 types of planes and 16 types of aircraft engines and employed 7,500, was damaged in late February by Russia,” said Howell.

“Scott and I are now the only ones left to rebuild an engine for the L39 Albatros, and a lot of the parts have to be machined to fit perfectly.”

The plant had kept some MiG jets in the air, as well as the L39, a reliable trainer aircraft manufactured behind the Iron Curtain almost 40 years ago. 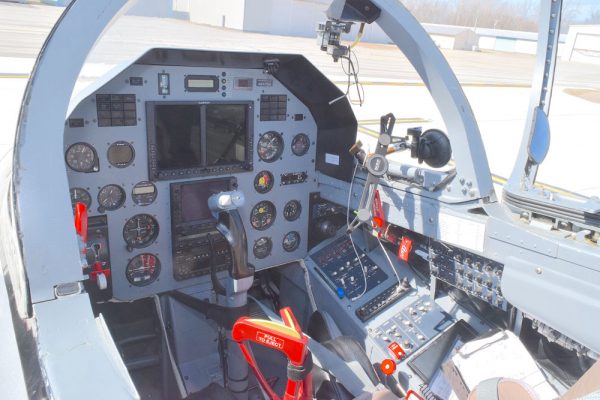 Getting ready to climb into the cockpit, Scott Gusakov, an acrobatic and racing pilot from Michigan, says his L39 Albatros jet is a ton of fun to fly, easy to work on and reliable.

The Tumbling Goose Airshow & Air Racing team had been led by retired automotive engineer Gusakov, who was exposed to flying and airshows by his father, a private pilot himself, at a young age. He began flying competitively in aerobatic competitions in 2000 with a Pitts Special biplane and got bit by the air racing bug after purchasing a Glasair III kit plane that is also aerobatic. Scott has participated in numerous Sport Air Racing League races in the Midwest in his Glasair III and has been a participant in the annual cross country Airventure Cup race with both the Glasair III and L-39 Albatros jet.

In 2017, he participated in his first Pylon Racing Seminar and was hooked on the “fly low, go fast, turn left” style of air racing that takes place in Reno, Nev., each September. He earned 3rd place in the Sport Bronze class in 2017 as a rookie.

In 2018, he acquired Race #84, the Czech built L-39 Albatros military jet and raced in the 2019 National Championship Air Races as a rookie jet racer where his flying skills earned him the title of 2019 Jet Class Rookie of the Year.

During the rest of the season and in between races Scott enjoys showing off the eye-catching paint scheme and jet sounds, and excitement of the Tumbling Goose L-39 by performing exciting low level aerobatic and formation flying routines at civilian and military airshows around the country. 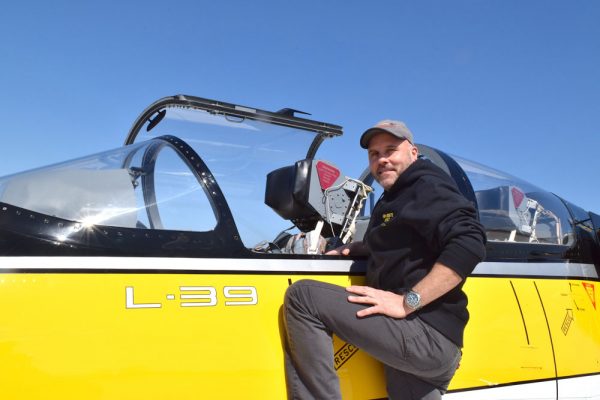 “The Russians used to park these jets outside in Siberia all winter, and they’d fire right up and take off on a dirt strip,” said Gusakov, with a laugh.

“There are about a dozen of the racing jets around, and we’re competing in the fastest motor sport in the world,” he said. “Imagine you’re flying 50 feet off the ground at 500 miles per hour, with eight other jets a little more than an arm’s length away, at times.”