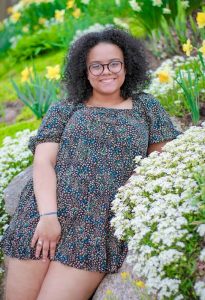 Port Clinton High School announced the students in the Senior Spotlight for May are Anthony Aukerman and DaNasia Jackson.

DaNasia Jackson has been the president of the Port Clinton High School Class of 2022 during all four years of high school. This young leader is also president of Drama Club, the Band Leadership Team and a member of Leadership Council.

Outside of her numerous Port Clinton school activities, she has been a Girl Scout since third grade. In the past she also participated in swimming, softball and tennis. DaNasia is the daughter of Elisha Jackson and Paulas Jackson. 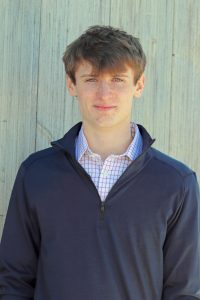 Anthony Aukerman was a member of the Sandusky Bay Conference championship football team, as well as the state playoff final four football squad at Port Clinton High School. In addition to football, Anthony is a member of the baseball team and has spent the past several summers playing on a travel baseball team. At Port Clinton he has been involved in Leadership Council, National Honor Society, and the Lead Like a Redskin athletic leadership program.

Anthony also helps with youth baseball and football clinics. He has been taking College Credit Plus courses at Port Clinton in Literature and History, earning college credits while in high school. Next year he plans to major in Architecture. Anthony is the son of Ron and Kristina Aukerman.